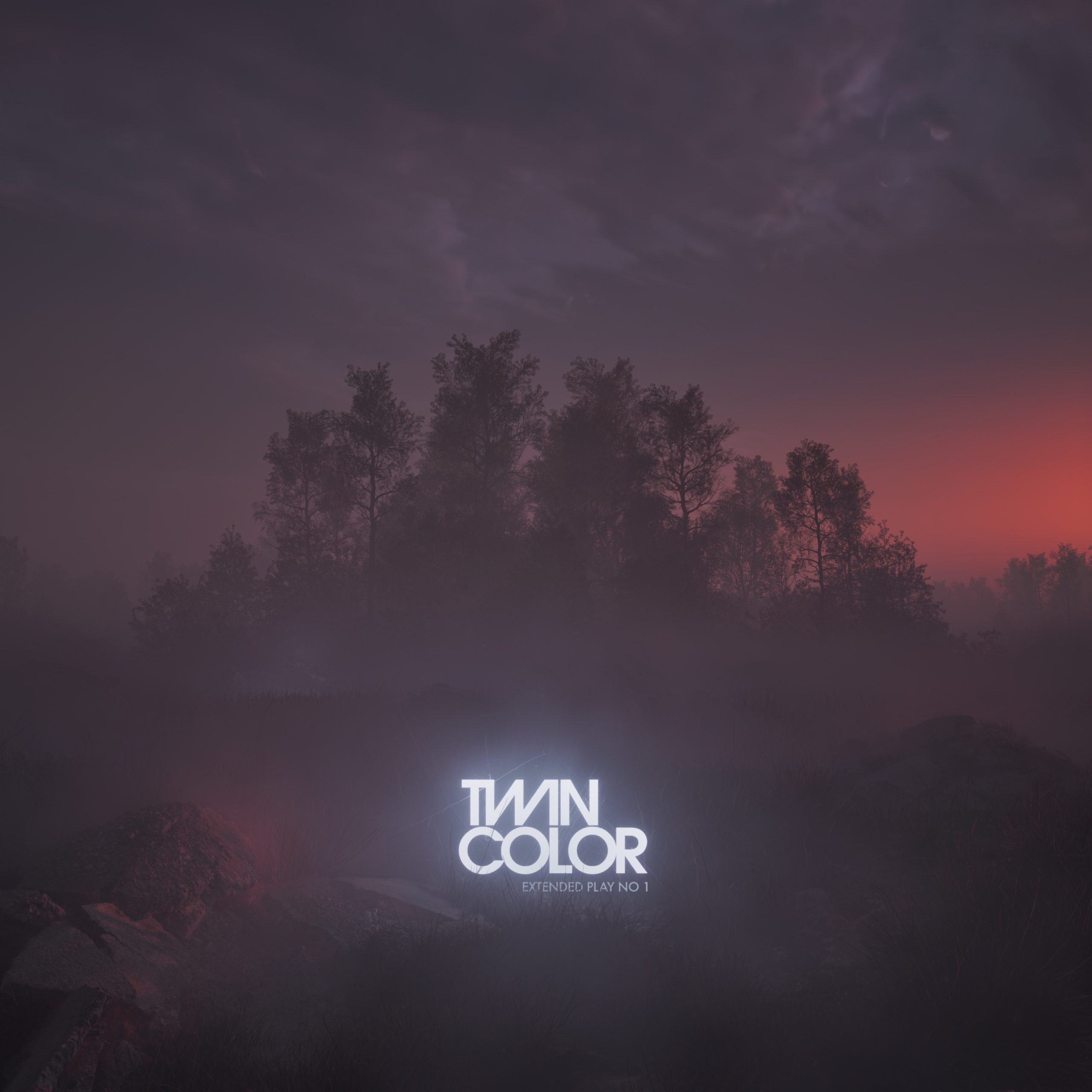 Twin Color is the new name of the Mexican producer, author of seminal ambient albums such as Martes, Utopia, Remembranza and Cosmos released on Leaf.
Murcof is credited with producing Francesco Tristano’s first album “Not For Piano” released on InFiné in 2006. In 2011, the label reissued his soundtrack for Ivàn Dueñas’ “La Sangre Illuminada”. His meeting with Vanessa Wagner during a performance at the label’s workshops in Le Normandoux gave rise to the collaborative album “Statea” re-interpreting a collection of pieces from the minimalist repertoire.

Extended Play No 1, released on InFiné on 2nd December 2022. Murcof’s love of modular analogue synthesis, sonic world-building and studio experimentation makes an easy marriage with Geilfus’ graphically sculptured creative work. Twin Color offers a futurist nostalgia voiced in part by Murcof’s four-year-old daughter Alina and – at least for this debut EP – accompanied by the creation of a graphic world described by Murcof as “like a contemplative video game, a “playable” world where the “player” can explore and affect the music as they go along inside this virtual environment”. Even consumed as a traditional EP release, Extended Play No 1 is just as immersive and mesmerising as the video game and AR parallel universes that Murcof points to as influences: intensely coloured, grand and sweeping, growling with inherent darkness. Melodic lines eddy and whorl together while moonrays of Blade Runner synthesis shine brightly across the shadows.

At times it is stately in its melancholia, at others driving with the exhilarating rhythm of final boss levels. (Tijuana-born, Barcelona-residing Fernando Corona) writes that “I started working on Twin Color during the 1st wave of the pandemic, back in early/mid 2020. I was playing around in the studio
trying to come up with some ideas for a possible new Murcof album. Those first sketches were a bit Murcofy, but very soon afterwards it became obvious this was something else and that indeed it required its own unique name.”