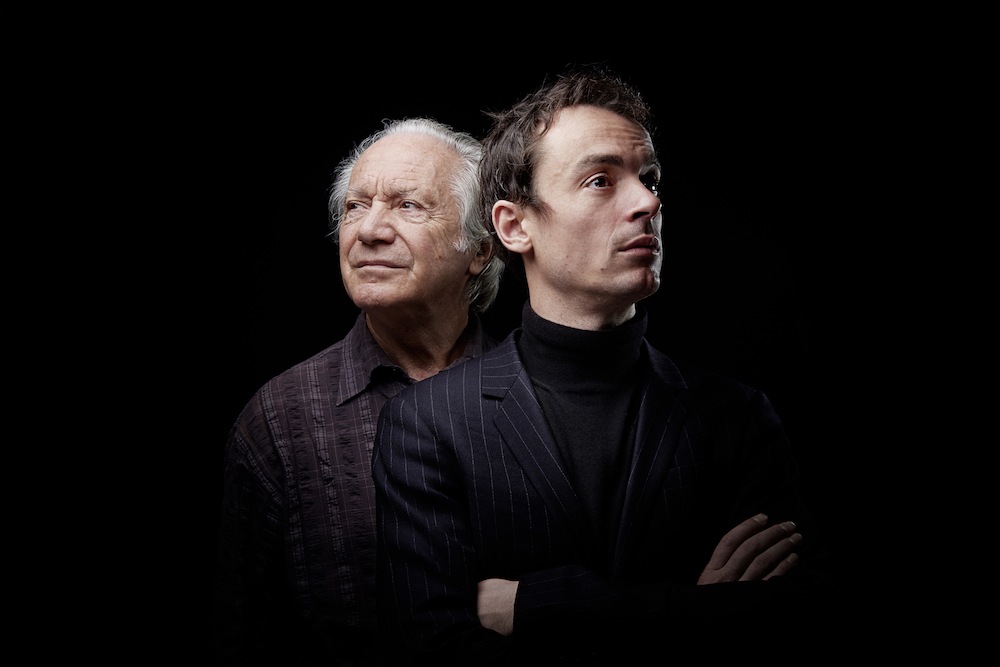 The story of “Barlande” began on a fair summer evening in Tercé, near the town of Poitiers, at the first of the InFiné Workshops in the Normandoux Quarry. Amidst the white chalk walls, a singular duo – flamenca guitar and cello – took the stage for a stringed family dialogue. A fitting analogy as the story of this record is, first and foremost, that of a father, Pedro Soler and his son, Gaspar Claus.

Born in 1938, Pedro witnessed and played a key part in the ‘Golden Age’ of flamenco. He learned guitar as he went along, and under the tutelage of Pepe de Badajoz (Antonio Chacón’s accompanist). For his disciple, Pepe placed the emphasis on intensive playing, the senses and experience. “I soon realised that my vocation was not to follow in Ramon Montoya’s footsteps but to retrace those of his predecessors”, says Pedro. He went on to perform alongside the great masters (Pepe de la Matrona, Almaden, Juan Varea, Enrique Morente) and, over the years, asserted himself as one of the primary flag-bearers of an “archaic” style of Flamenco, with the accent on dynamics and sonority rather than on “voluble and shiny” virtuosity. “For me, to express oneself within this heritage that has been passed on from generation to generation is not to yield to a reductive dogma but rather to use the rules as a guide to precision and accuracy”, Pedro adds. Despite a strong attachment to his roots, Spain and Andalusia, Pedro never turns down an opportunity to interact with instruments from other walks of musical life: Renaud Garcia-Fons’ double bass or Ravi Prasad’s Indian percussions, to name but a few. He is one of the most celebrated flamenco guitarists in the world today.

At first, Gaspar seemed to be destined for a highly successful career as a cellist. But as he reached his teenage years he decided to leave the Perpignan Conservatoire, rejecting a rather academic form of training in order to reach beyond the “non-confrontational” beauty of his instrument and expand the range of its uses. “My interest in cello lies in the textures and raw sounds it produces”, says Gaspar. So he immersed himself in a radical, unconventional new curriculum, one based on travelling, meeting people and discovery. He learned to use silence in music: maintaining it and disrupting it. His relationship with his instrument began almost to smoulder as he stroked, thumped or caressed it. He became involved with a wide variety of musical scenes, such as the avant-garde and improvised scenes in Japan (Sashiko M, Yoshihide Otomo, Keiji Haino, etc.), France (Catherine Jauniaux, Benat Achiary, Nosfell, etc.) and New York (Bryce Dessner, Sufjan Stevens, etc.) but also in electronic music (Joakim, Rone), traditional music (Mongolia, Mali, Japan…) and a host of other genres. “the great expanse that symbolises possibility has never narrowed before my eyes and my only certainty is that I do not know where I am headed”, he adds.

Several years ago, his father’s path and his own crossed again. Gaspar had grown up and, on stage, new kinds of sparks began to fly. “When he first entered into my music, not unlike a child at play, I almost immediately felt a musical kinship as if he were, albeit by different means, gaining access to the same musical landscape. This is where we found a common ground between my desire for archaic purity and Gaspar’s raw, uninhibited and fundamental approach”, says Pedro.

This reunion later led to the recording of a “Take Away Show” directed by Vincent Moon and broadcast online via La Blogothèque, which went worldwide. “We are merely beginning to discover that we belong to two vast worlds, dense but disparate, separated by time and space and yet we can build a bridge between the flamenco roots of my father’s guitar and the modern and youthful curiosity of my cello”, Gaspar adds.

And it was on that fair summer evening, at the Quarry, that the decision to record an album together materialised, after a week spent mingling with new people and rehearsing alongside the InFiné team. “I wanted this record to be released outside of the traditional flamenco circuits”, states Gaspar. The Great Divides between musical genres definitely appear to belong to another time.

After several months spent thinking about the best place and approach, the duo eventually set off for New York – Brooklyn to be precise – to hand over production duties on “Barlande” to a friend of the family, Bryce Dessner (guitarist for The National and creator of Clogs). Although the duo brought along early demos for some of the tracks, the studio sessions gave pride of place to improvisation, which were in some cases held with very special guests. Joined by Bryce Dessner on guitar and Sufjan Stevens on harmonium, one of the improvisation sessions proved to be the ideal closing track for the album: the terribly Jarmushian “Encuentro en Brooklyn”.

Over the course of its eight chapters, “Barlande” charts a powerful musical territory, both loyal to its roots and ground-breaking, making this a fundamental addition to the InFiné catalogue. “Flamenco is, in its essence, a melting pot of influences: from its prehistory in India, taking root in Andalusia and subsequent forays into the rest of the world. Improvised music – which finds its source in Cage’s indefinite experimental pieces, non-academic music, Zorn’s free jazz and, especially for me, in the work of cellist Tom Cora – plays a crucial part in what could be viewed as a second Age of Enlightenment, in a world where distances shrink and different cultures merge to form a new musical landscape”, Gaspar concludes. 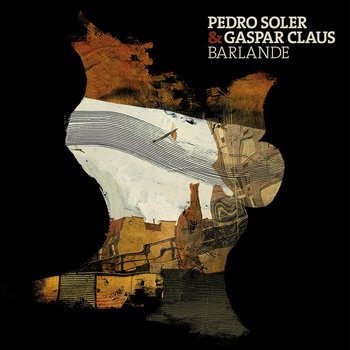