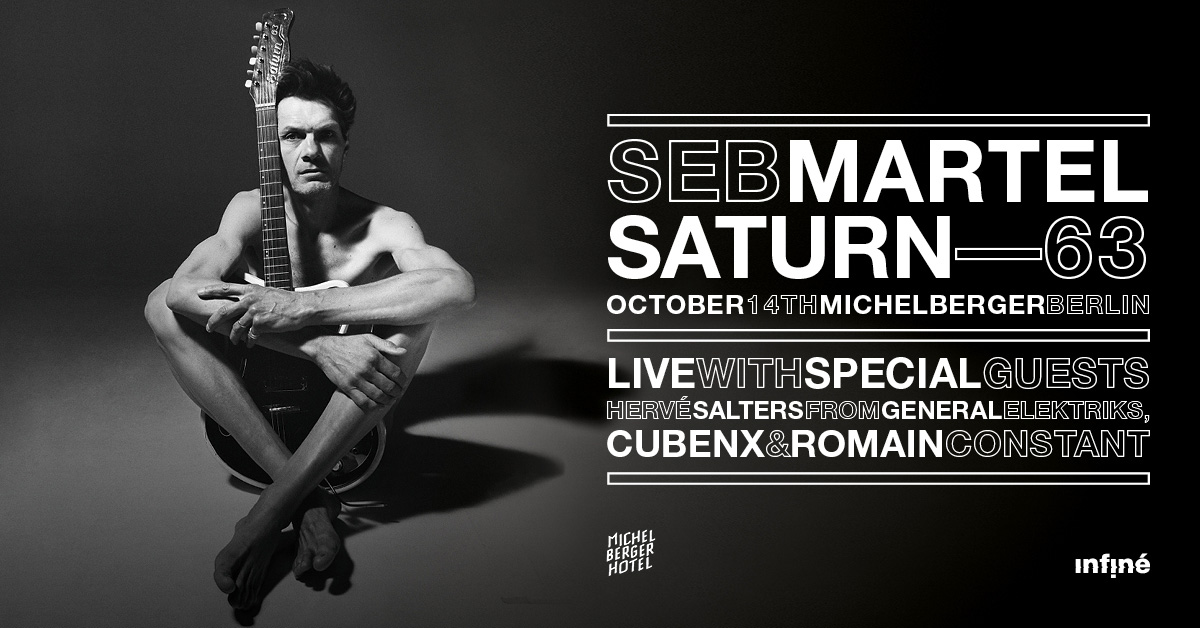 Seb Martel will play live at the Michelberger in Berlin, on October 14th  → Book your ticket

If the name “Seb Martel” is still unknown to you, it appears on the credits of classic albums from Tony Allen, Femi Kuti, Charlotte Gainsbourg, Emily Loizeau, and Blackalicious. On October 14th, the French guitarist will perform a live set with a cast of collaborators in Berlin at the Michelberger Hotel
Saturn 63, his new album on InFiné is dedicated to the exploration of the electric guitar in all its nuances. This new opus made solely from a selection of 9 guitars from the Musée de la Musique (a branch of the Philharmonie de Paris) and the voices of his close collaborators, paints a musical fresco faithful to the historical and geographical heritage of his instrument. The album includes fascinating reworks of Carl Perkins, Benjamin Britten, Chavela Vargas, and Vincent Segal in addition to Martel’s own original compositions. Adopting a dogmatic approach and dressing his compositions with sounds and effects collected during the recordings, Martel adds an abstract and experimental edge to Saturn 63, which transports the listener into an out-of-time experience.
On stage, the journey of Saturn 63 leads to new encounters and improvisations. The field of musical genres has opened up even more, allowing the guitar to impose itself as a singular vehicle for experimentation. At the Michelberger Hotel, on October 14th, the guitarist invites Mexican producer Cubenx, keyboardist Hervé Salters (better known as General Elektriks) and Romain Constant, long-time musical adventure partner in electronic territories, to join him on stage in celebration of the release of Saturn 63.