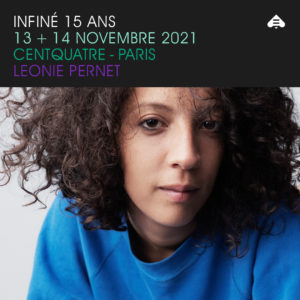 Hard Billy, the fragile heart of a beating world

“Hard Billy” is a fiery preview of Leonie Pernet’s next album ‘Le Cirque de Consolation’. The artist’s voice now takes center stage with a new-found confidence. She repeats a hypnotic mantra over the distortions of a thundering drum and disseminates a delicious apocalyptic note on this first single. In the video that accompanies the track, images of masked dancers from Burkina Faso, Mali, Togo and the Ivory Coast are matched to the rapid rhythm of the drums, layering a rebellious and almost mystical feel to overflowing energy of the celebrations.

New video directed by Jean-Gabriel Périot
Born in France in 1974, Jean-Gabriel Périot has directed several short films on the border between documentary, experimental and fiction. He develops his own style of editing which questions violence and history from film and photographic archives. His films have won awards in numerous festivals around the world. A German Youth opened at the 2015 Berlinale (Panorama) and was awarded many times. Summer Lights premiered at the San Sebastian film festival. Our Defeats, his last feature documentary, was presented at the Forum during the 2019 edition of the Berlinale.