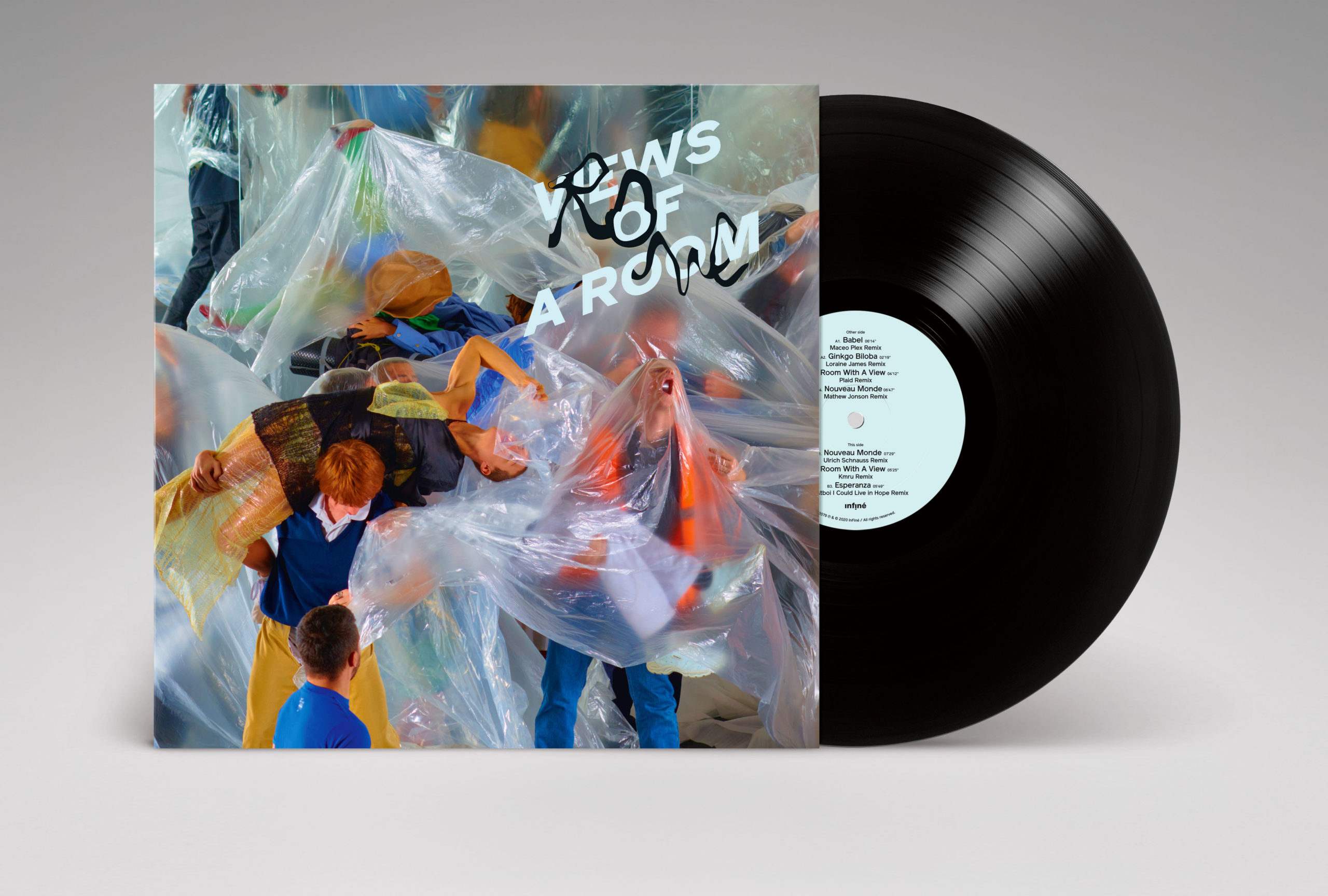 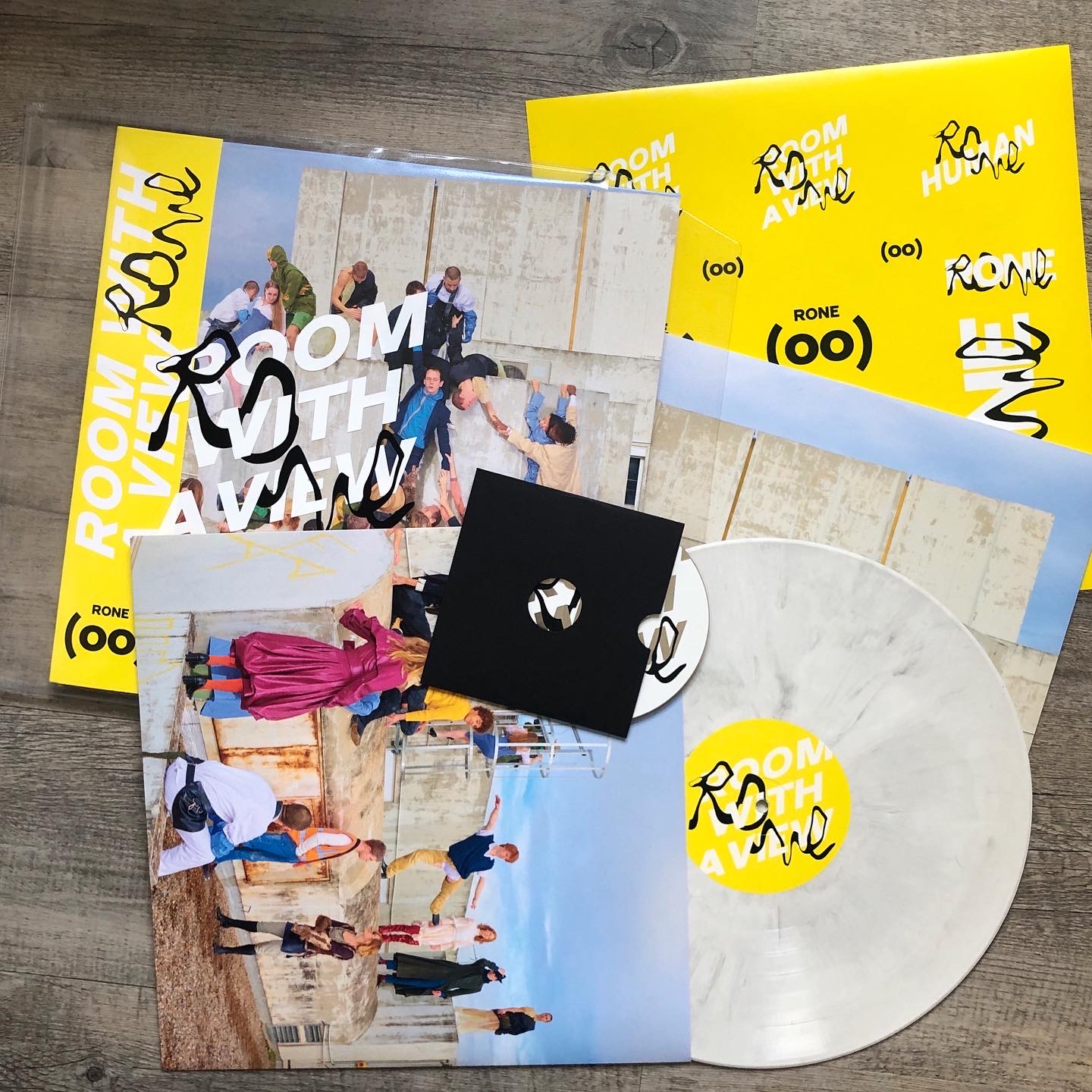 “Room With A View”, Rone’s fifth studio album, saw Erwan Castex return to his musical roots and the set-up of his early albums: purely electronic, conceived without any musical collaborators in a voluntary artistic isolation predating the 2020 era of social distancing. Rone, locked into a studio with only his instruments for company, gazed through a window at the outside world, pondering the dificulties humankind had maneuvered itself into: climate change, post-truth politics, the impending collapse of global economic systems. In face of collapsology, what remains but hope? Speaking about one of the key tracks on “Room With A View“, “Esperanza”, Rone called it an ode to those that keep ghting the good ght, those that have hope and refuse to give up.

For “Views of a Room“, Rone is now joined by some of those friends from around the globe. Looking into the studio window, smiling back at Rone — picking up the threads he weaved and transforming them, spreading his message across their own communities like missionaries spreading the good word.

Maceo Plex, an expert in grandiose gestures is the first to deliver his take on “Babel“: the American superstar delivers a trademark progressive big room remix of the Rone original, but with a twist: it feels set somewhere between Ibiza and the Los Angeles from Blade Runner 2049. Vangelis-esque synths shimmer across the pulsating four to the floor pattern, grandiose yet ultimately haunting. Cinematic as the original, one can’t help but feel a brooding, dark undertone creeping into the tune, a foreboding of what happens if we don’t take Rone’s message seriously.

Sutja Gutierrez transports Rone’s theme of “fighting music“ into his remix, adding tribalist chants and large, bounding synth walls. In its long breakdown, the piece breaks down almost completely, only to build back up around Esperanza’s core arpeggio line, rallying chants and climactic strings. It’s a gorgeous, empowering dance oor moment that does the originals intentions more than justice, becoming an optimistic anthem all the same.

If this LP were an end-of-time cinematic blockbuster, the sequencing of internet sensation DJ Lostboi’s take on “Esperanza“ would signal the calm after the storm. The enigmatic producer goes into an entirely different direction, pulling the original into his elegiac sphere that has made him a star in the ambient world. Distant, drifting vocal samples take us flying across the clouds, looking down at a world in turmoil.

InFiné family member Frieder Nagel takes the source material and gives it some extra punch. His remix is warm, more straightforward Techno roller that opens up and closes in waves, taking the listener into outer space, reliving the pulsating, climactic energy of “Esperanza“ in a way that just about stays bubbling under the surface.

The London native Loraine James burst onto the scene with two EP’s on Hyperdub, combining Glitch and IDM with elements of Jazz, Grime and R&B. Her “Esperanza“ version lives in this exact dichotomy: a powerful interplay of ghostly pads, head-spinning percussion and ambient bliss.

It sounds like the music of someone who grew up listening to Warp — now pushing the envelope even further in her own, unique direction. Ulrich Schnauss, Mathew Jonson and Glass Museum take on Nouveau Monde, a track centered around a quote by Alain Damasio stating: “it’s just a matter of consuming a little less, damn it.“. Each of the remixers weaves something entirely new out of Rone’s original: we jump from synth-laden, progressive Ulrich Schnauss to Deep House with Mathew Jonson all the way to an ecstatic trance version by Glass Museum.

Kenyan Newcomer KMRU, who has just released a Solo EP with Editions Mego transforms “Room With A View“ into a gorgeous ambient piece, while the illustrious British duo Plaid turn the track into a slow waltz of swirling melodies, creating a driving counterpart to the KMRU version. Focusing on the rhythmic elements of Rone’s original, it’s warm, analogue and bass heavy production makes it a perfect t for the sci-fi dystopia feel of “Room With A View“.

Fittingly, we segue into a remix by the masterful Si Begg. Harps glitch in and out of time, playing an unpredictable melody over a stomping, grimly foundation. One of the beautiful things about Rone’s music becomes very clear on this LP — it can influence and inspire everyone in a different, unique way. Maybe even inspire a better future for all of us.

→ Listen/Order ‘Room With A View’