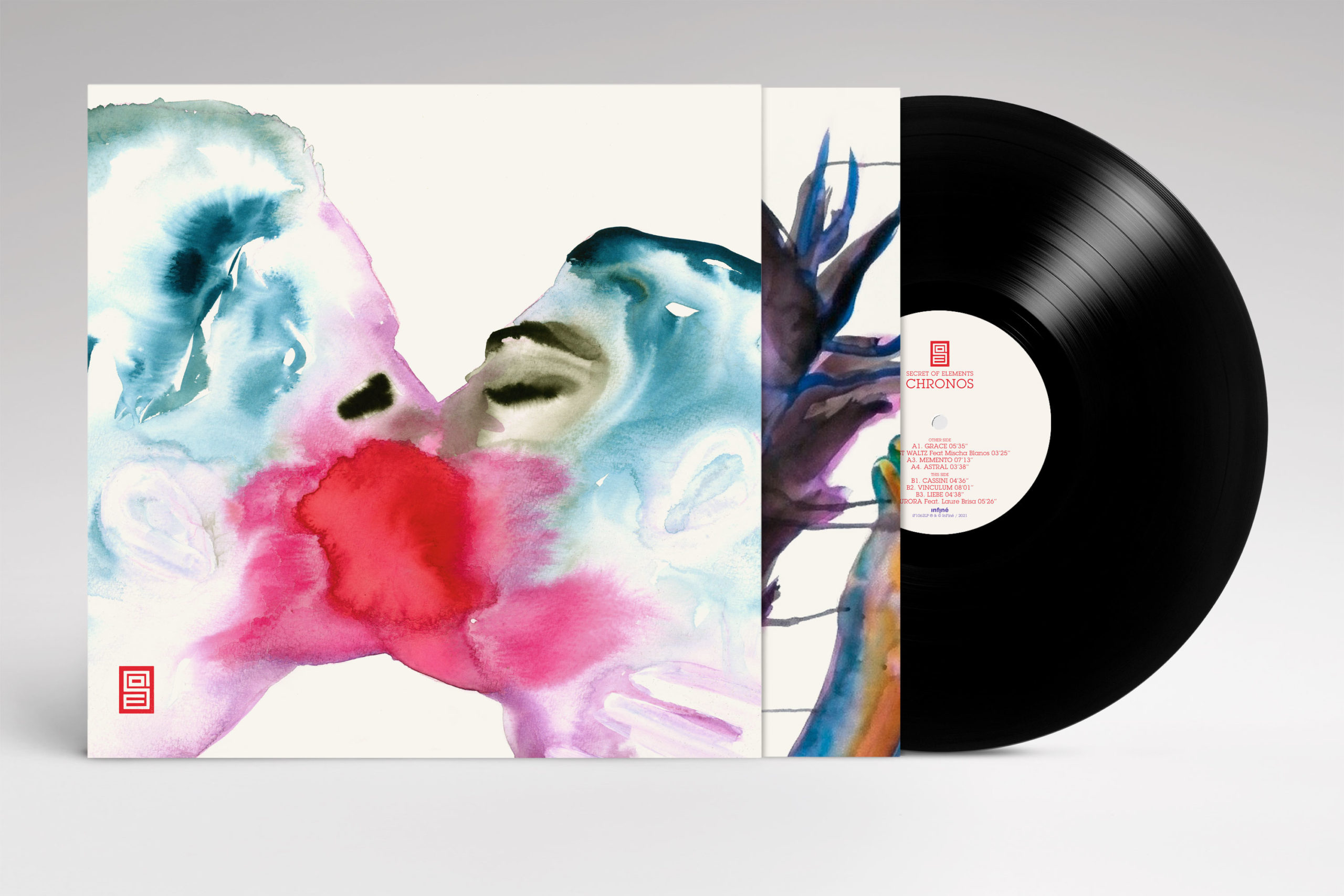 If you talk to Johann Pätzold aka Secret of Elements about his work, it quickly becomes clear that you are dealing with a perfectionist. Someone who set out to find his own music – at any price. “Chronos” – in Greek mythology, the titanic personification of time – is the title of an album that captures Pätzold’s musical work over a period of more than ten years. And it has also become a monumental work: a retrospective reappraisal of years of work, completed in a year that will probably go down in history as a threshold – time will be soon measured as “before 2020” and “after 2020”.

On “Chronos” we find pieces that tell tales of an eventful life – Pätzold learned to deal with a mental illness, he travelled to the Mediterranean to save lives during the refugee crisis, he fell in love and lost again – ten years is a long time.

Chronos tells of people, moments or phases from the musician’s life. The individual pieces were recorded and reworked again and again over the years by a perfectionist – the artist himself – and completed with the knowledge and experience of today: a journey through an entire life.

Each of these twelve pieces on “Chronos” is therefore a work in itself – they are narratives that you have to listen to carefully in order to decipher them. In an age of neo-classical music that tends to pander to the mood playlists of the major streaming providers in order to be as ”undisturbing“ as possible, Secret of Elements’ incredible dedication to detail is refreshing and startling at once. No sound, no crackle is left to chance – the music feels alive – warm, analogue. You can feel the work that went into this album all through your body, you can picture Johann Pätzold kneeling on the floor of his studio bent over wiring in creative chaos.

The pandemic made this very work increasingly difficult: Pätzold had to cobble together his own orchestra from various musicians in his hometown of Rostock, which then assembled at a safe distance in the Carl Orff Music School. Since there would only be one attempt, a single day for all the recordings, Pätzold worked through the nights in advance to prepare all the notes perfectly to the point.

In the end, it is almost unbelievable that this album now exists – created from countless stories and moments of a lifetime – over a decade of work, and in the end almost prevented altogether by a global pandemic.

First single “Cassini” is a testament to Pätzold’s perseverance to complete it despite challenging circumstances. It is named after a space probe that was launched into orbit in 2004, and which, after almost thirteen years exploring Saturn, finally burned up in its upper atmosphere.

→ More about Secret Of Elements