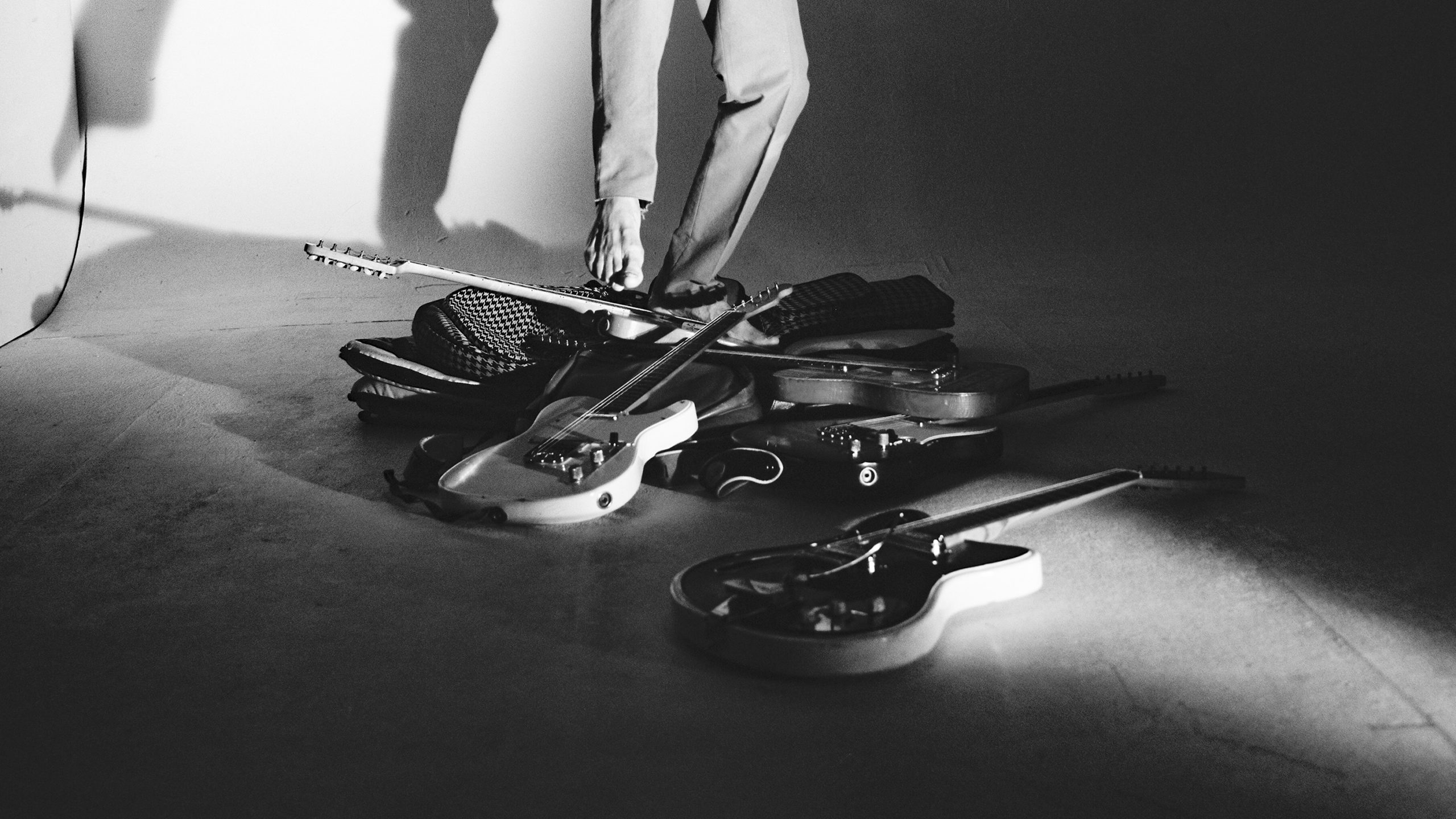 After many collaborations with artists such as Tony Allen, Femi Kuti, Manu Dibango or Christine Salem, the French guitarist releases a solo album recorded exclusively with the guitars from the collection of the Musée de la musique → Stream / Order Saturn 63 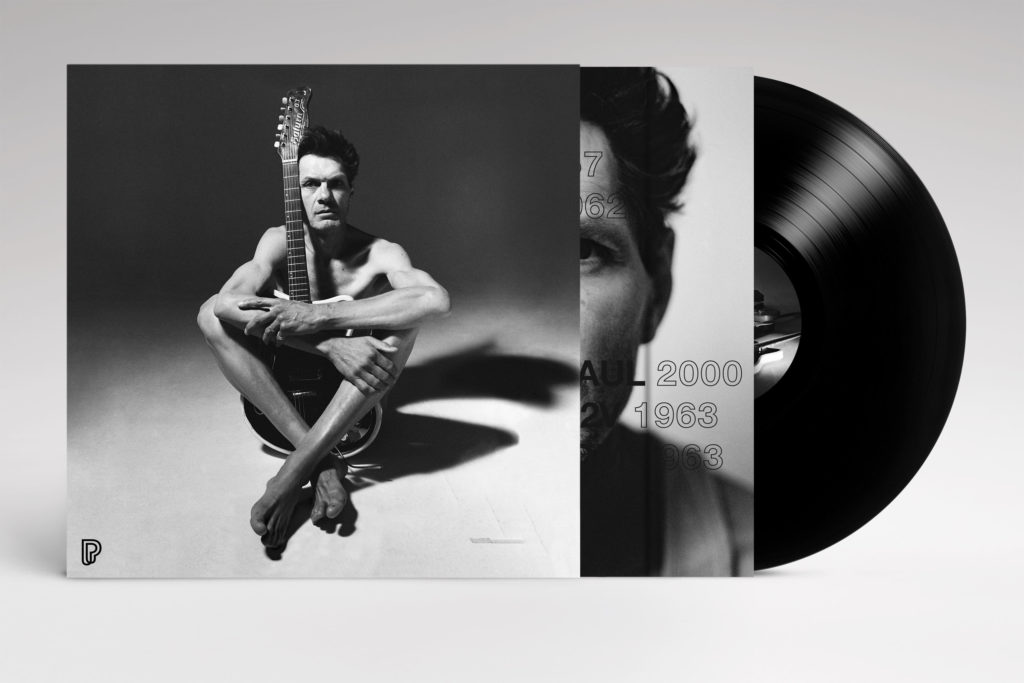 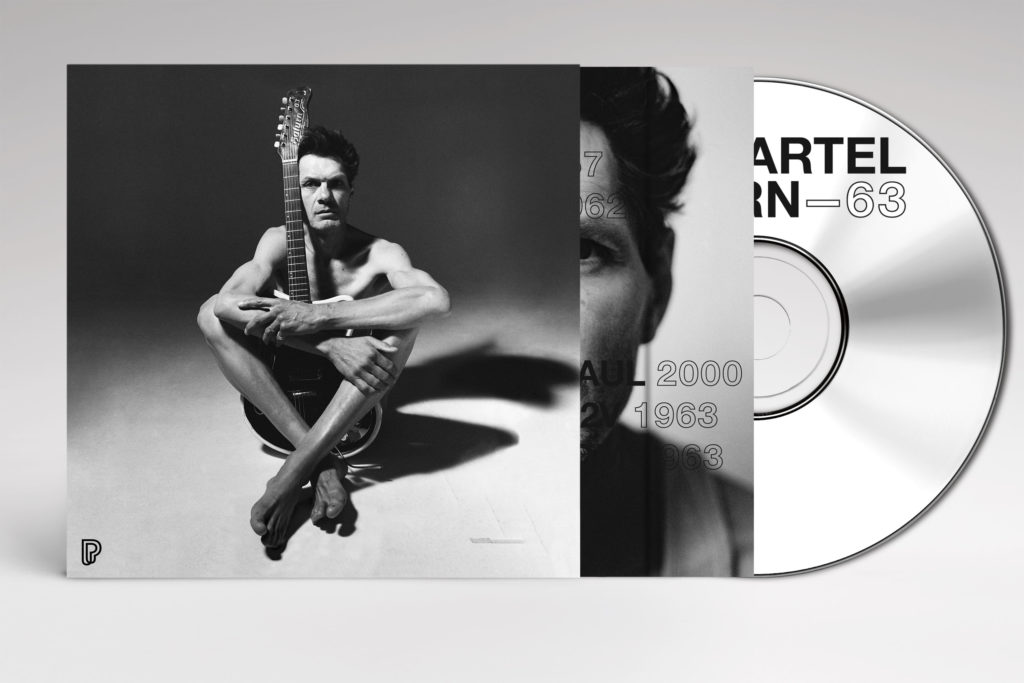 For those who haven’t heard the name Seb Martel, the guitarist appears on the credits of classic albums from Tony Allen, Femi Kuti, Manu Dibango and Blackalicious. Saturn 63, his new album on InFiné, is dedicated to the exploration of the electric guitar in all its nuances. This new opus, made from a selection of nine guitars from the Musée de la Musique (a branch of the Philharmonie de Paris) and enriched only by the voices of his close collaborators (Camille, Sabrina Bellaouel…), unfolds a musical fresco faithful to the historical and geographical heritage of his instrument throughout its fourteen tracks. The album includes fascinating reworks of Carl Perkins, Benjamin Britten, Chavela Vargas, and Vincent Segal in addition to Martel’s own compositions. However, adopting a dogmatic approach and dressing his compositions with sounds and effects collected during the recordings, Martel adds an abstract and experimental edge to Saturn 63, which transports the listener into an out-of-time experience.

“This story is basic. So let’s examine the key elements : a museum, under the auspices of the Paris Philharmonie, full of musical instruments; in this case, a beautiful electric guitar. A label, a great label, full of great ideas, great artists, and a guitarist”, summarizes Sebastien Martel with humility.

Martel, an expert craftsman with the guitar in France, releases the second part of a collection centered on the instrument collection of the Musée de la Musique in Paris. The principle is simple: the erudite, multitalented musician has been given access to all the electric guitars in the annex of the Philharmonie de Paris. One of these guitars strewn throughout the shelves of the museum’s archives particularly caught his attention.

“The last guitar that Alexandre, the curator, took out for me was the so-called Saturn 63, a German guitar. This lit Saturn transported me. It’s a guitar with a rather extravagant look and a depth of sound that’s quite incredible. It’s a very good travel companion,” commented Martel, revealing the origin of the title of the album.

From then on, the Saturn 63 is the perfect musical vessel for a 14-track odyssey loaded with nods to the history and geography of an instrument presented in all its nuances.

“But be careful. I made this record in a very dogmatic way,” he adds.

The guitarist working the strings of a small dozen electric guitars will record a lot of musical material with his soundman. The concept of the album will quickly make itself felt :

“I only use the guitars of the museum, the only instrument allowed, with the human voice being the only additive.”

The grain of the textures, sometimes barely perceptible, and the effects of the pedals blur the stylistic and temporal borders of the album and give it the discreet silver linings of ambient and experimental music.

Reimagining a rock & roll standard like ‘Blue Suede Shoes,’, Seb Martel, raw and rebellious in his vocal tones, puts Carl Perkins back, here and now, right in his listener’s ear with close-to-the-microphone and string takes. The noisy distortions at the end of the track would be more reminiscent of Thurston Moore’s ecstatic style than the King’s slick playing.

On ‘Macorina‘, a love story between women and a tribute to the Mexican singer Chavela Vargas, it is a minimal and evasive folk, which comes to feed on the silences to better bring out the intensity of the singing of Martel’s brother Nicolas.

These voices, that of a circle of close friends (Camille, Vic Moan…) and some new acquaintances from the label (Sabrina Bellaouel, Cindy Pooch), come to humanize the spectrum of the emotions developed by the guitars. When it leans toward more pop compositions like the very successful ‘My Best Friend‘, guitars and voice communicate together on an aerial, cyclic, and evolving melody.

And if he invites “his two old buddies”, -M-, and Mathieu Boogaerts, two great voices of the French chanson à texte on ‘MattJam‘, it is to better conclude a long session of improvisation with a few ethereal minutes which finish celebrating the guitar as the most beautiful invitation to the escape. Saturn 63 crystallizes the know-how of an eclectic musician, at once an expert and a defender of the strict definitions of aesthetic canons, but also capable of transporting a collection of sublime melodies out of time and away from its ephemeral excitement.