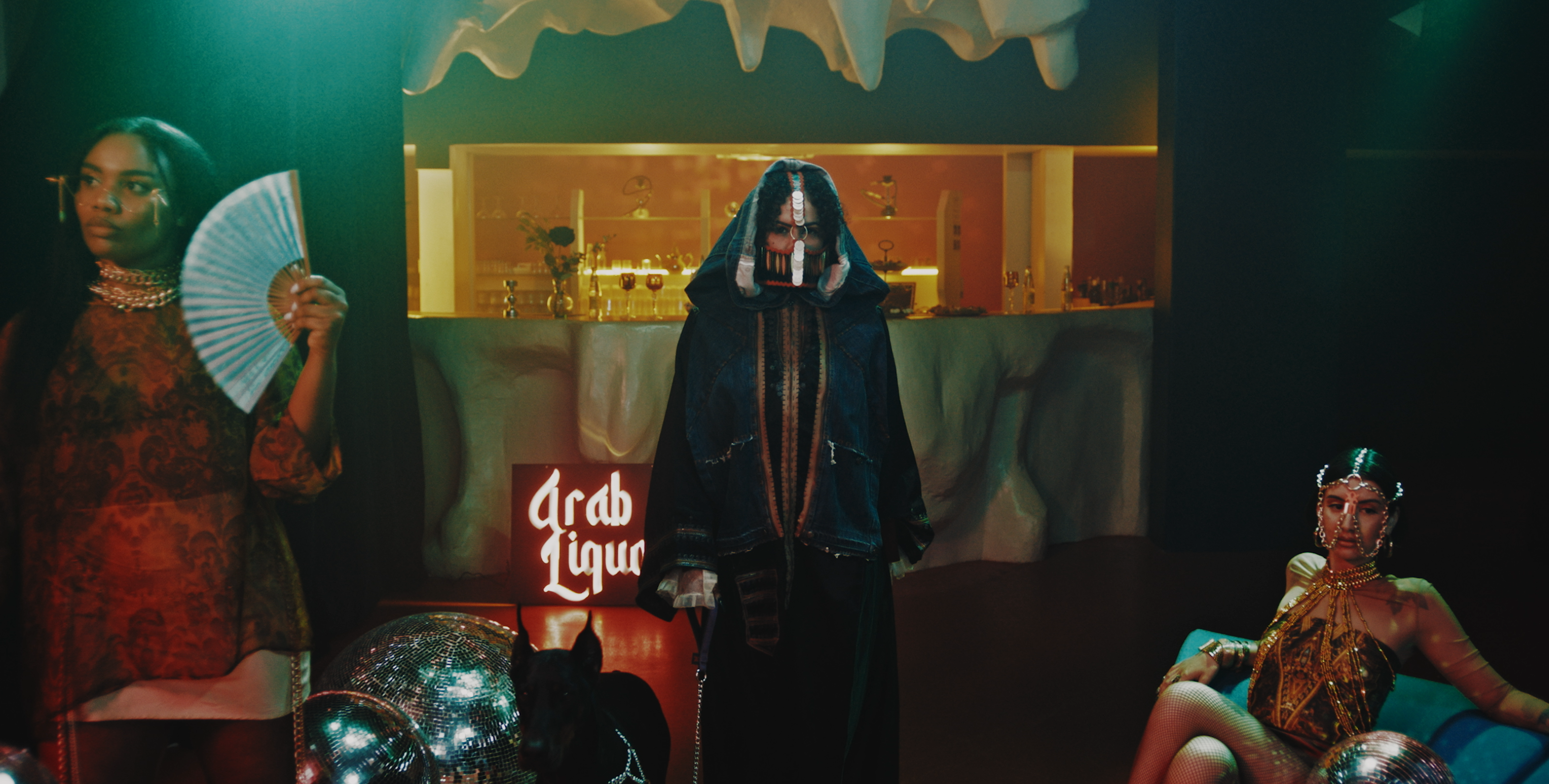 In a nightclub somewhere between ‘The Matrix’ and ‘A Thousand And One Nights’, Sabrina Bellaouel is partying with her feminist harem in the “Arab Liquor” video. She wrote the track about her experiences working as a waitress in a London Shisha Bar, and the video director Sarah Al Atassi flips the focus on female empowerment, intimacy and the free expression of femininity. Oriental, traditional customs like shisha, mint tea, massage, hairdressing and henna are sublimated and reclaimed by Sabrina’s entourage: a futuristic harem freed from societal shackles.

For the first of the new versions, Sabrina enlists one of Rap’s most exciting young talents for a border-crossing, futuristic alternative version of “Arab Liquor”  by Dak. “He had just released his video “C’est Magnifique” featuring MC PISSCO. I found the track very fresh and so I DM’d him on Insta. We exchanged and I made him listen to “Arab Liquor” which he loved. We worked at distance since Dak is based in Annaba, Dawee (his producer) in Paris and I was in London at that time.“

Far away from the mainstream hotspots of trap and drill, UK and US, Dak and Sabrina are making a wave from their shared home of Algeria. The young duo push the luscious hymn of “Arab Liquor” into a darker, more brooding sound. Proudly introducing: Algerian Drill!

“She Don’t Care” gets two remixes, an up-tempo tech house version by Abel Ray that focuses on the original’s marimbas and is the perfect fit for sun-drenched open air gigs this summer. The other is a glitched out, chopped and screwed drum whirlwind by Povoa, who took Sabrina’s original and turned it inside out.

Last but not least is Tim Karbon, who took “Wish You Were Home” with Gracy Hopkins and created a modern UK Garage version with it, a +130 bpm peak time bomb with chopped vocals and a huge baseline in the vein of the 2000’s London classics.