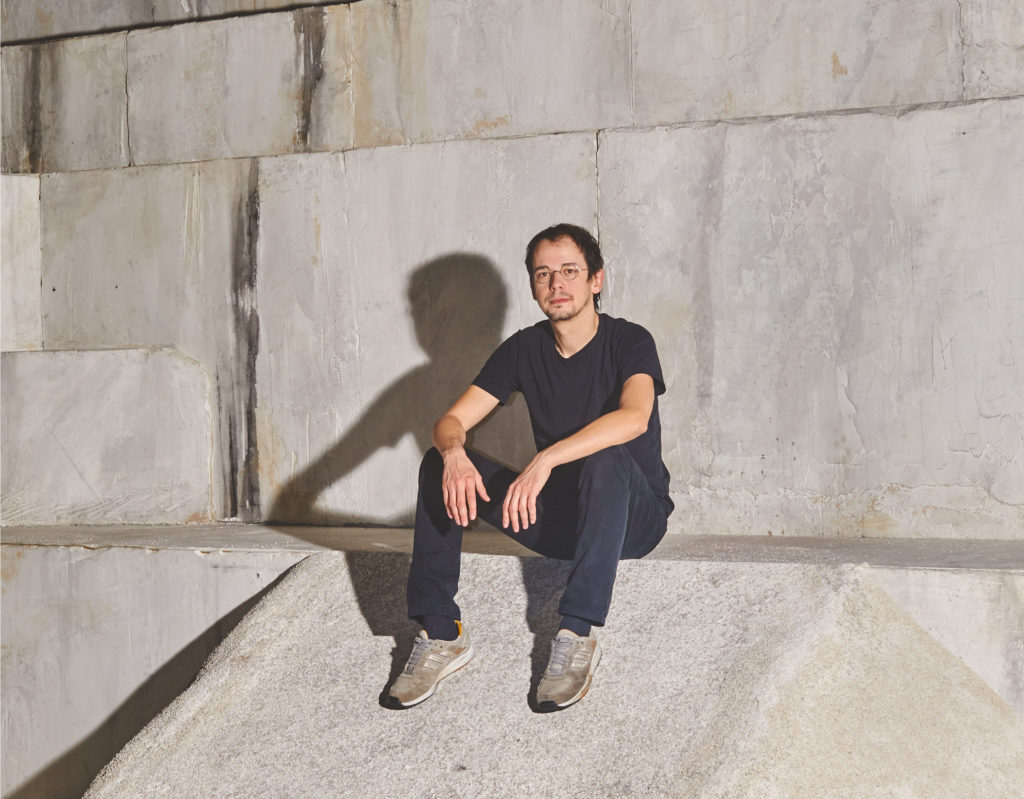 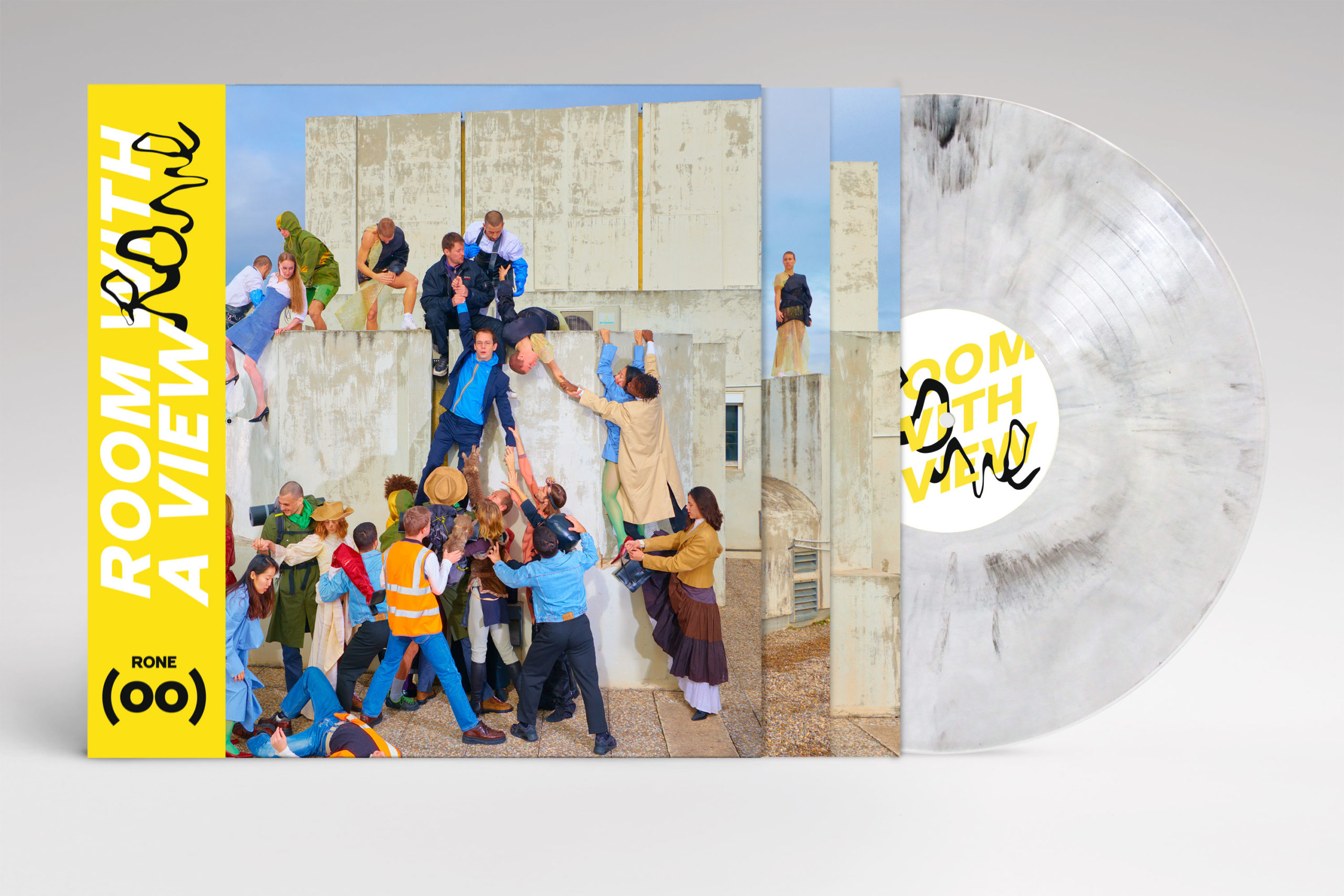 We live in times where facts don’t seem to matter much anymore. Let’s hope that French writer Alain Damasio is right when he claims that art can change perception and ideas much more profoundly than science and information
– a thought he expressed in a TV discussion with scientist Aurelien Barrau on the imminent end of the world. It in- spired “Nouveau Monde“, a key piece of Rone’s new album, with their voices appearing throughout the track. It doesn’t have to be the end of the world they say, but we need to wake up: „It’s just a matter of consuming a little less, damn it.“

Rone is electronic producer Erwan Castex and his fifth album is titled “Room With A View”, which marks a major moment in the Frenchman’s career. The album was produced alongside a live show commissioned by the Théâtre du Châtelet in Paris and developed together with choreography collective (LA) HORDE and 20 dancers of the Ballet National de Marseille. This new kind of collaborative approach allowed Rone to produce his most sincere and far-reach- ing music in some time. Inspired by discussions of collapsologie and climate change, “Room With A View” offers food for thought on how to deal with one of the most pressing issues of humanity.

“Room With A View” sees Rone returning to his musical roots and the set-up of his early albums: purely electronic, solitarily conceived without any musical collaborators. At the same time, he was able to leave his comfort zone through a new kind of artistic liaison. The production of the corresponding show inspired the album and vice versa, one fed into the other. “Room With A View” works perfectly as a standalone album, still the outcome is a firmly inter- twined piece of modern dance and electronic music that comes with a more serious goal than mere musical innovation.

After receiving carte blanche by the Théâtre du Châtelet, Rone chose to work with choreography collective (LA) HORDE because he admired their political and DIY approach as well as their ability to communicate a subject through movement of bodies. In France, the term “collapsologie” is ubiquitous, meaning a school of thought that predicts the end of the world as we know it. Natural disasters everywhere and courageous kids united through “Fridays For Future” remind us of the threat of climate change and urge us to act. “Room With A View” is a reflection on this. “I want to start a conversation without teaching a lesson,” Erwan Castex describes the thoughts behind it. „We are all part of the problem, so we should all be part of the solution. The show will probably raise more questions than it can answer, but that is okay.“

“Room With A View” was written and produced in 2019 within nine months. Its foundation was laid during a stay at the former house of writer George Sand in the rural area of Nohant. It has become a habit for Rone to leave his home, family and friends behind for a while when working on new music. This time he happened to choose the place where Frédéric Chopin composed a third of his music. Some of the albums track titles reference trees in the mansion’s gar- den, others point to environmental themes or nod to the development of the dance piece. Musically, Rone manages to let his trademark sound shine in a new light, pleasing early fans as well as every electronica enthusiast. Typically melodic beats like “Ginkgo Biloba” nestle against tracks that exhibit classic influences from Boards of Canada (“La Marbrerie”) to SAW-era Aphex Twin (“Raverie”), euphoric dancefloor rhythms sit next to contemplative synth work. Tracks like “Sophora Japonica” showcase Rone’s mastership in atmosphere, which sometimes requires no drums at all. Elsewhere, Rone is clearly reviving the club-centric vibe of „Tohu Bohu“ and experimenting with elements of dub. It all makes for and adventurous and rewarding listen.

Most importantly, Rone is redefining the notion of “organic” in electronic music through use of field and voice recordings. Be it his own child chattering, Aurelien Barrau or Alain Damasio debating, or the dance troupe rehearsing and discussing the show – because the writing process of the album was very machine focused, it seemed appropriate to feed back a human touch into the music and to still have bodies involved. Thus “Esperanza” uses the steps of the dancers as a rhythm to start a new track, while in „Human“ they serve as a choir. This idea of extended human collaboration becomes apparent also on the album cover.

The title “Room With A View” is quite open, offering many different readings. It has personal connotations for Rone, but it’s also connected to how we observe phenomena in the modern world. Whether through small screens or social networks, everyone is an observer. Everyone has their own perspective on the world, and thus the power to change it. This is the message Rone is sharing while observing from his own room.