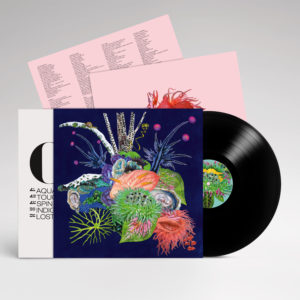 The sublime album debut of O’o inhabits the sonic hinterland where great pop meets the avant garde, and delectable melodies nestle gently with found sounds, musical moods and synthy atmospheres. Comparisons can be drawn with contemporaries like James Blake, Bjork, Laurie Anderson and even Lorde, though such an exercise is reductive given that O’o sound very much in a sonic universe all of their own. ‘Touche’ is subtle, nuanced, clever but never arch, emotional but never melodramatic.

O’o share many of the musical characteristics of their ornithological namesake. The Kaua’i Ō’Ō produced the most exquisite birdsong before its extinction in Hawaii in the late 1980s. The beauty and character of its voice was delicate and mysterious, tuneful and surprising. You can experience it with just a cursory websearch, a haunting cri de coeur from the last century. If the poor Ō’Ō is consigned to history, then life is just beginning for this French duo, based in Spain, who’ve won plaudits and awards already in their short musical lifespan.

O’o are about to release their sublime debut album Touche. This is not an endling, it’s just the beginning: “I found the name on a website of weird English language words, and I loved the way the letters were arranged like a pair of glasses,” says O’o singer Victoria Suter. “Afterwards, I went onto YouTube and started listening to the last bird of its species, calling for a mate that would never come. I thought: ‘Oh my God, that’s so sad’. Then we talked about the name and we thought it could be a nice thing to honour it and keep it alive in some way.”

Suter met her musical partner Mathieu Daubigné at college in Agen, South West France, when the pair were studying music theory in their teens. Victoria moved to Barcelona in 2010; Mathieu followed six years later. Their debut EP, Spells, appeared in 2018 a beautifully crafted patchwork of vocals and samples that is redolent of the uncanny vocalese of Laurie Anderson. The bird makes an appearance at the beginning of the EP: “Sweet tooth beak. Soft melody peak / Oh O’o, go round and round in circles / Looking for a honeydrop, til you vanish, til you drop”.

That sense of profound longing for something lost is carried over to Touche, as well as the same heightened sensory awareness of the world around them. What has developed in spades is the creative process. O’o have blossomed organically, augmenting their pop sensibilities. Avant-garde techniques have been brought to heel as the pair create off-kilter pop music that warms the heart and nourishes the brain. The catalyst that enabled this bold pop transformation came with the song ‘Touche’ itself, a saucy chanson at the heart of the album. Suter’s wry narrative about a botanical femme fatale is inserted into a lithe and skittish song with reggaeton beats and an inviting, balmy atmosphere.

“The song is about a flower which attracts male insects, producing the very same smell as the female of the species,” explains Victoria. “The poor male is fooled by the sex-appeal of this botanical trap, and gets so excited that he exhausts himself and wastes all his other chances of ulterior mating and having any offspring. The flower entices the insect in in mermaid-like fashion, to come nearer and touch her. It’s the hot track!”

‘Touche’ reaches into hitherto unexplored areas of pop, while the rest of the album is accessible in the way that James Blake, Radiohead or Kate Bush are accessible, and it always challenges, in a way that pop isn’t supposed to. Suter writes playful, poignant, observational songs that tell stories as well as tell us something about ourselves. Songs like ‘Dorica Castra’ are built upon the voice as an instrument, centrifugal and layered from its core.

Complimentary to this method is Daubigné, who brings startling innovation with found sounds, samples and clever vocal manipulations—creating unique, otherworldly sonic flourishes. A guitar whirs like a musical spinning top on ‘Spin’, created in Ableton; an Ondes Martenot appears to make a guest appearance on the title track, though it’s the ingenuity of the Prophet 8 synthesiser. “I’ll often say to Mathieu, ‘what’s that?’” says Suter, He’ll reply, ‘that’s your voice’.”

O’o found their own voice when they won a competition held by the legendary festival organisers Primavera Sound. Victoria entered the band into a competition she saw on Instagram, sending off rough demos on the final day of entry, thinking little more about it other than the fact Mathieu might be annoyed. Soon they would have to build a live set from scratch and figure out how to present their music for the first time. At stake was seventy hours of recording time at Aclam studios, used by Rosalía and Kendrick Lamar, and for the winner a coveted spot at the festival. A pool of 350 acts were whittled down, and then O’o triumphed at a Battle of the Band style face off.

The Ō’Ō might be extinct, but O’o the band have learned how to fly. Just watch them go.