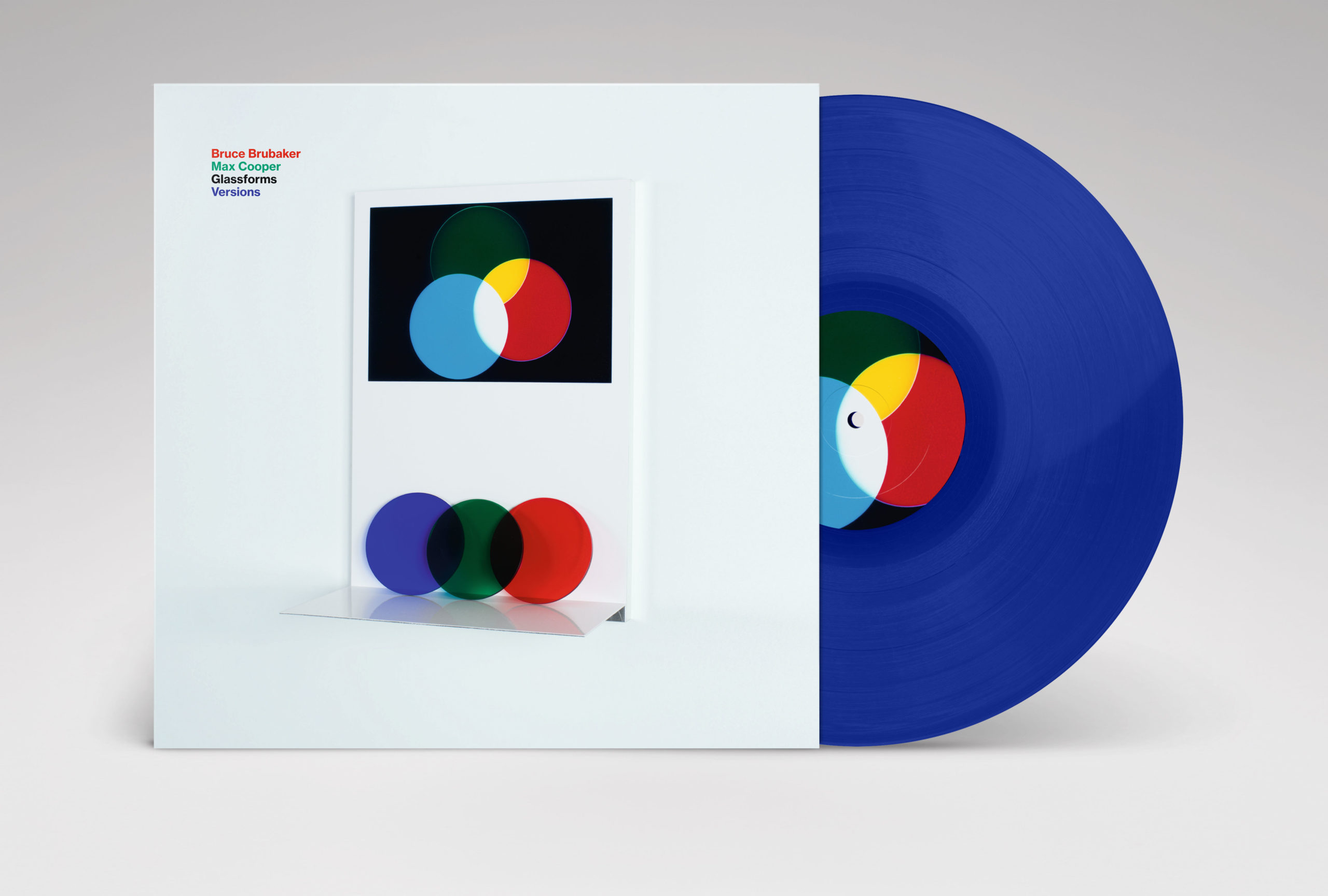 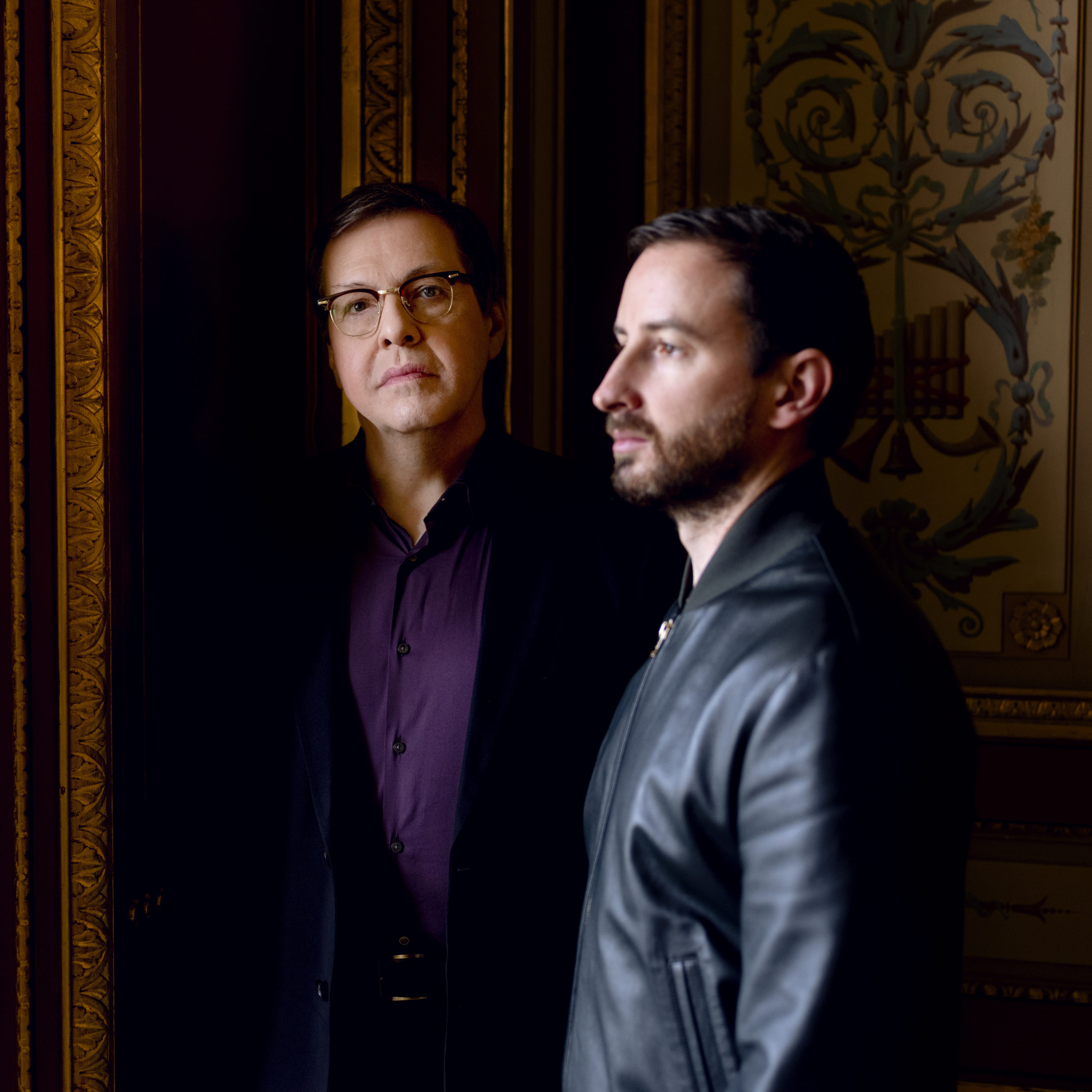 The works of Philip Glass  are reflected and refracted in a myriad of ways by some of the most renowned electronic artists alive, making for a blissful, multi-dimensional listening experience.

With ”Glassforms“, Max Cooper and Bruce Brubaker set out on an intimate, nuanced exploration of the works of Philip Glass. The resulting recordings, developed in a fluctuating exchange between the American pianist and the Irish scientist-artist, are an astounding testament to the innovation that artistic collaboration can achieve and what depths are yet to discover in Philip Glass’ compositions. The two artists did not just rework, but fundamentally rewired the original songs using algorithmic software to process and augment the musical data it received from Brubaker’s piano live on stage.

When approaching his remix, Donato Dozzy also tapped into that inspiration to create some- thing new rather than just reworking it, which is one of the core motives that emanates from ”Glassforms“.
The Italian producer and label owner is known for his drive to explore: he develops installations for public spaces and museums, uses obscure musical instruments and collaborates with classical singers or visual artists. ”I chose ”Two Pages“ for it’s hypnotic feel in the notes repetition“, he says, ”but I did not want to merely sample the piano, but instead ask someone I trust and admi- re to carve it from scratch and even go further.“ So he followed the lead of Brubaker and Cooper and teamed up with the renowned Italian percussionist and jazz musician Daniele Di Gregorio to completely rewire ”Two Pages“ into a gorgeous piece of endlessly modulating ambient electronica.

Laurel Halo, the second remixer on ”Glassforms Versions“, does not need a long introduction either: the American musician is at the forefront of electronic music in 2020, a bright star today after releasing her debut ”Quarantine“ on Hyperdub in 2012. Her remix of ”Opening“ brings to mind the string section of an orchestra tuning their violins before the performance – forever. They glide in and out of tune, sometimes individually, then together, then are accompanied by keys that are most likely a ghostly representation of Brubaker’s piano, sampled and pitched down, but sound almost jazzy in the context of Halo’s remix. It’s a blissful listening experience, calling to mind her recent collaboration with cellist Oliver Coates on ”Raw Silk Uncut Wood“ and showing a deep understanding of Philip Glass’ work.

Sound artist Tegh is the third on the remix bill – the electronic musician from Teheran delivers his take on “Two Pages“, once again showcasing how versatile, how inherently complex the works of Philip Glass are. They can be interpreted in a of ways – Tegh’s version is a bounding, brooding piece filled with raw energy that feels like it is performed live, just for you, every single time you listen. His version is, at first, much more focused on the underlying moods, electronic undercurrents of the original than Dozzy’s version, and yet, when the piano finally does break through, it becomes clear that we are listening to Philip Glass, reflected manifold: through the piano of Bruce Brubaker, the synths of Max Cooper, and then again through the mind of the artist Tegh.

Concluding the new ”Glassforms Versions” are two previously unheard edits of ”Two Pages” and ”Opening“ also present on the 12″ Vinyl version. It’s difficult to edit a piece of minimalistic beauty without losing it’s essence, but Max Cooper – after many efforts and close conversations with Bruce Brubaker – managed to bring these two shorter edits into a satisfying, conclusive form.