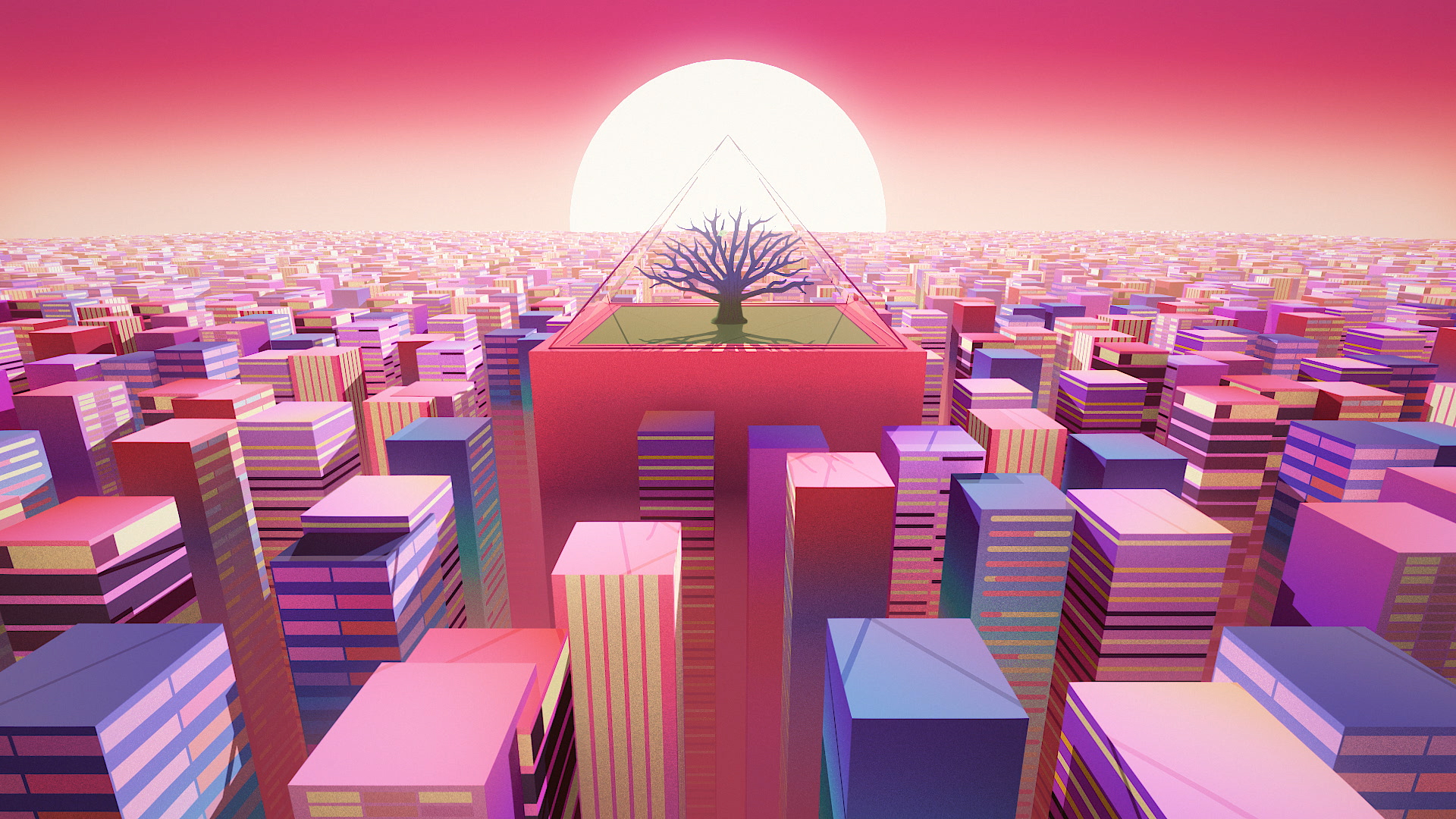 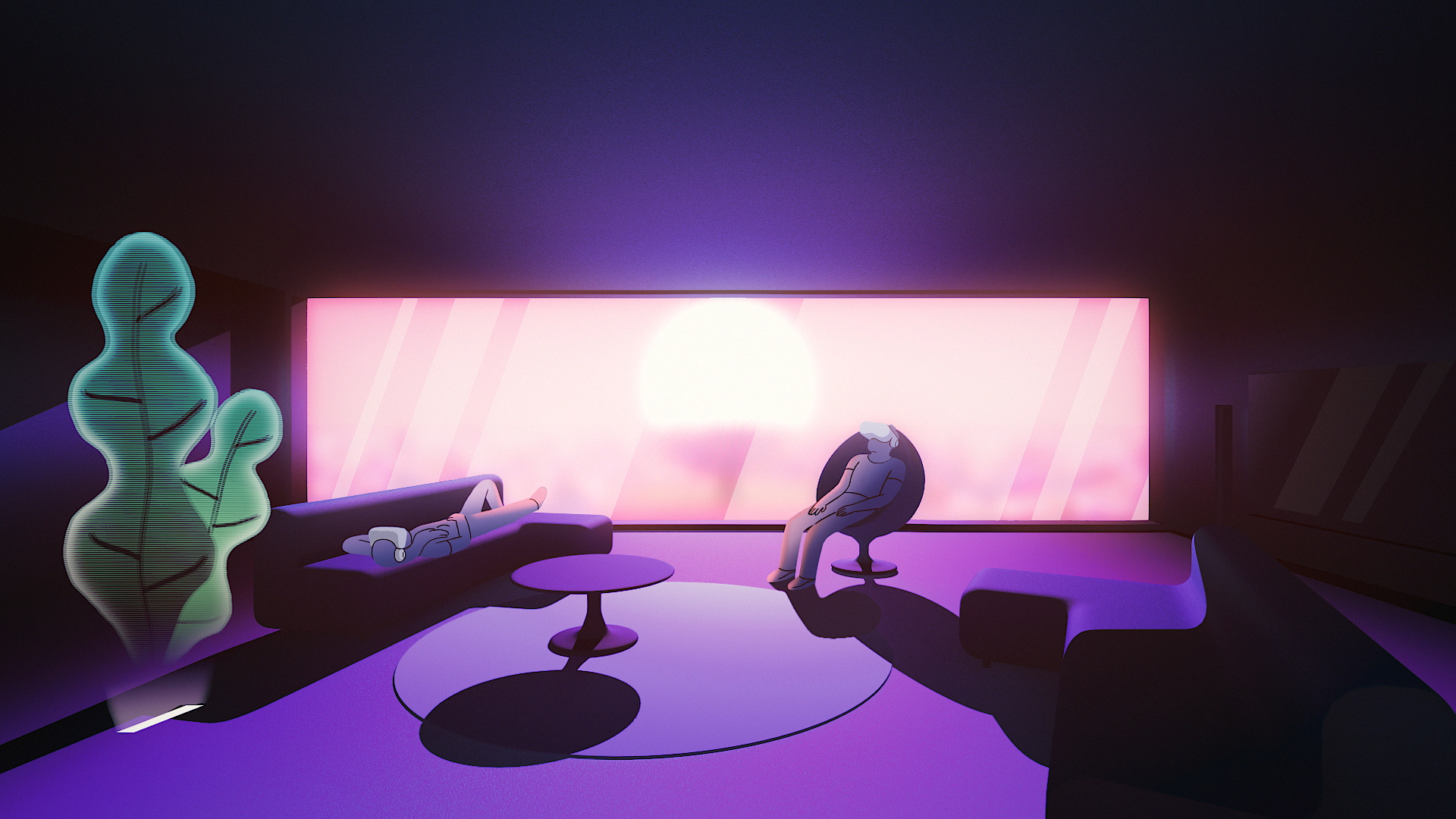 A journey through time, from the birth of the Earth and Humanity to a futuristic society on the verge of collapse. “Esperanza”’s video lets us relive the mutations of a world in perpetual evolution, sometimes rich and flourishing, sometimes concrete and arid but always animated by the march of man and his rituals. Paradoxically, man is destructive, he monopolises his environment to build endless citadels of skyscrapers, he locks himself up in closed and sterile spaces or in wired virtual universes — yet he is also the one who carries within him the meaning of life, who carries nature in his actions, in his dances, in his aesthetic representations or in his projections towards the future.

This hypnotic animated video intelligently mixes the depth of 3D movement with 2D organic characters. A dystopian world, highlighted by finely composed, powerfully crafted images, reminds us that we must not lose sight of where we come from and where we are going. The young director, Virginie Kypriotis, who has distinguished herself with the official video for Foals’ “Like Lightning“, returns to the theme of environmental awareness, concluding with the same light of hope.

The highlight of Rone’s album ‘Room With A View’, “Esperanza” is a luminous and cinematic piece of hope. It is also a pivotal title of the performance ‘Room With A View’, produced with the avant-garde dance company La Horde and Ballet National de Marseille, which took place in March 2020 at the Théâtre du Châtelet in Paris and which is inspired by the “end of the world“ and questions of “collapsology“. “I wanted to make a piece that is sunny and optimistic, that uplifts you, encourages you to fight,
to see things in a positive light“ says Rone.

With “Esperanza“, like in his first video clip “Spanish Beakfast”, Rone is back to the world of animated videos, including the now mythical “Bye Bye Macadam“ by Dimitri Stankowicz, but also “Origami“ or “Mirapolis”. It is also the fourth clip from “Room With A View” which deals with themes such as over-consumption (“Ginkgo Biloba”), the relationship between individuals (“Nouveau Monde”), a questioning of the foundations of humanity (“Human”) or the impact of the health crisis on artistic creation (“Room with a View”).

→ Watch all of Rone’s latest videos