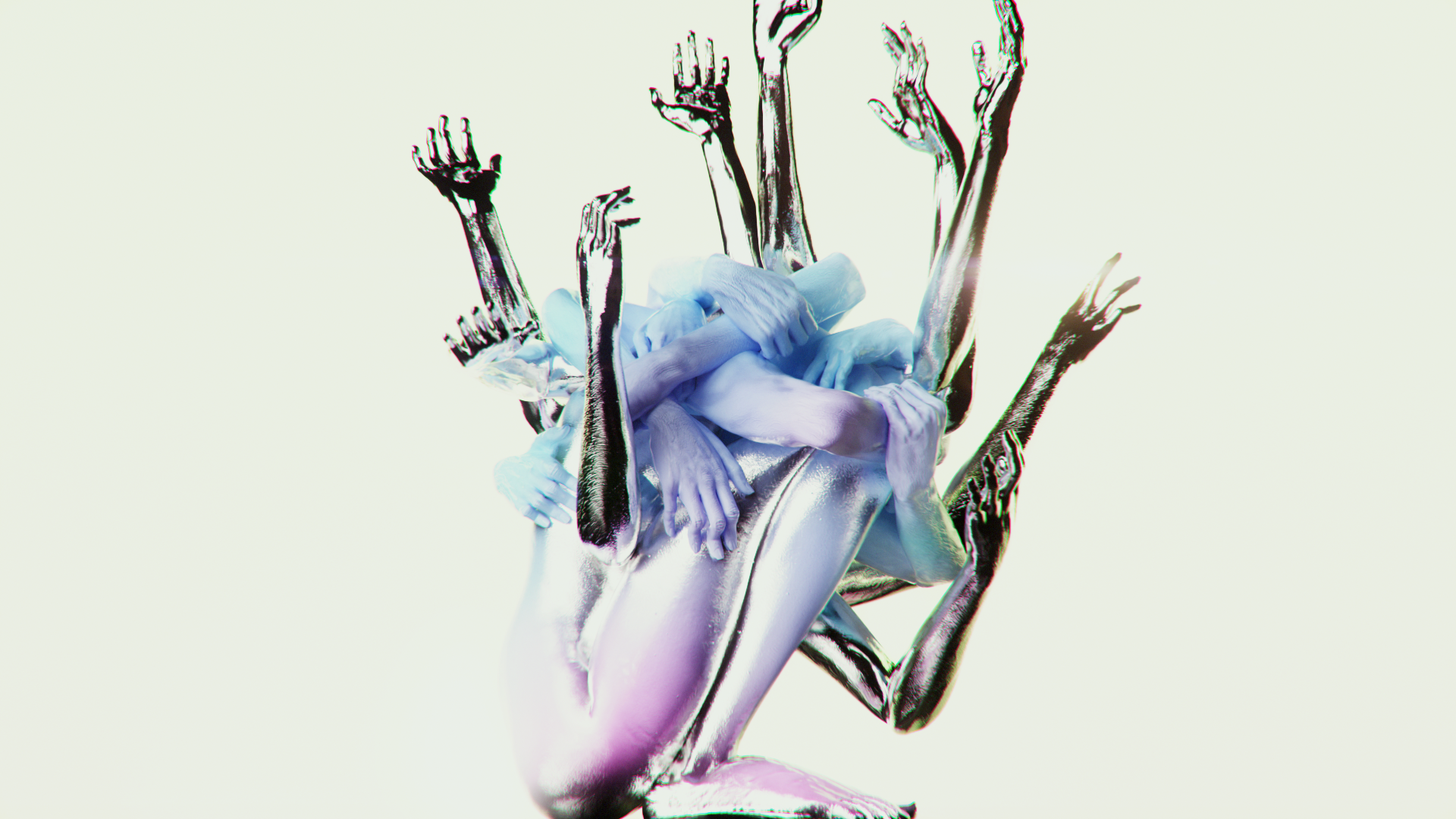 Residing in France, Paulin Rogues aka El Popo Sangre is a filmmaker, 3D-animator, visual artist and one third of the creative studio Unicorn Paris, where he acts as artistic director.
His darkly humorous visual imagination and narrative approach, informed by abstract theatre, science fiction and the sexual psychedelia of filmmakers like Alejandro Jodorowsky, has taken his art across the globe, appearing at a diverse range of institutions including the Portland Museum of Modern Art, the Superchief Gallery in New York and Los Angeles, and the festival Ars Electronica.

Marking an abrupt departure from Bottler’s rock and roll upbringing, Tacoma is a driving, celestial techno soundworld, constructed from heady, spiralling synth riffs, mesmeric vocal
drones and sustained tension. Mirroring Bottler’s compositional approach, El Popo Sangre’ video traverses styles, references and techniques, creating a multidimensional and rich
visual world. A hallucinatory accompaniment in the form of a visual narrative, the video for Tacoma is a study of the will to know oneself and the drive to be the best form of oneself,
overcoming trauma within and beyond the physical limitations of the body.

El Popo Sangre and Unicorn Paris narrative twist and weave between parallel, abstract 3D worlds. A growing mass of naked bodies are engaged in a graceful yet bewildering sensual
ritual; shapeless, cosmic life forms undulate and glitter in an arid, rocky desert; a trio of horned, demon cherubs watch voyeuristically on as a headless figure performs an incantation; on the stage of a theatre, a multi-limbed character cradles themself before rising and embarking down an extra-stellar corridor.

Like Bottler’s euphoric, perpetually rising composition, which builds from dusty, nostalgic echoes of a childhood piano, the visual narrative engages the viewer’s will for the unknown, driving mechanistically and unrelentingly into a universe both surreal and familiar, alien and intimate. As in much of Rogues’ work, actions and transformations form an introspection on identity and emotion, encased in vibrant, kaleidoscopic imagery, ritualistic motion and surrealist sexual fantasy.

About Paulin Rogues : El Popo Sangre designed all the artworks for the album campaign of Bottler’s first album “Journey Work“. He elucidates some fetchingly whimsical spectacles that tickle the curiosities of viewers. Residing in France, the artist incorporates his native language into his animations through rendered films. There is a spirit of frolic and cerebral
ecstasy that streams through each visual and it is invigorating on so many levels.

About Bottler : Childhood friends Pat Butler and Phil Shore spent a lifetime learning instruments, playing in rock bands, fiddling with synthesizers, and smashing guitars, only to set this aside in 2016 and focus on building their current electronic music duo. After the release of “You’re Old” and its Tik Tok success, Tacoma is the second single from Bottler’s debut album Journey Work, out May 6th on InFiné. Bottler will be touring Europe in May and North America alongside Rone in June.