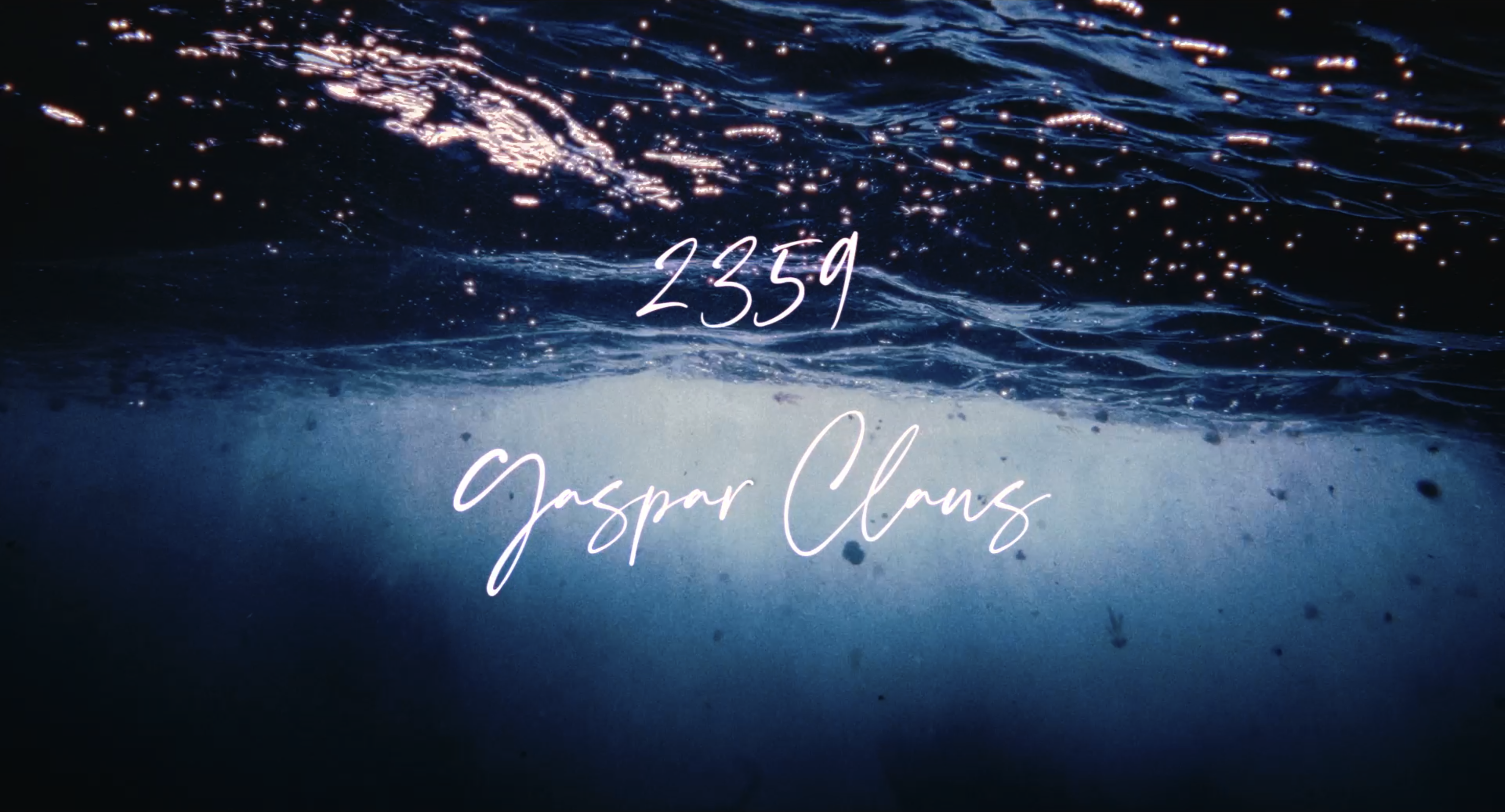 Gaspar Claus is back with a new EP and video for “2359”, starring film legend Denis Lavant, directed by Ilan Cohen → Watch the video

French cellist and composer Gaspar Claus returns to InFiné after his mesmerizing Tancade album with a stunning new EP based on the album highlight “2359”. The synthetic, artificial, and uptempo cut from the record was an obvious standout, in it’s break from Claus’ more straight forward neo-classical cello pieces.In addition to the original album version, 2359 is met with a new “Night Blossom Version”, a techno reimagining of the track based on Claus’s live collaboration with Basile3. The EP is balanced by two new tracks : “Amour Constrictor”, a b-side from Tancade that Claus was particularly fond of, and “Recycled Future”, a commission from the website radiooooooo that imagines a world in the year 2070 where production relied entirely on recycling. The piece found him digging through an archive of memory cards of old loop pedals, each one filled with bits and pieces of live shows from years past. After assembling these memories together, Claus was left with an allegory for his dream of the future; an 8 minute, fully upcycled composition.

Video directed by Elan Cohen featuring Denis Lavant
Gaspar Claus’ moving clip for 2359 was directed by Ilan Cohen and stars French film legend Denis Lavant. In his own words, Gaspar says of the video:
” I was surprised when Ilan asked me to make a movie about the song “2359”. The album contains so many pieces of cinematic evidence, like “1999” or “a shore” that had not yet been put into images. […] Ilan saw in it an urgency, a mad rush. And he was right. There is a little secret behind the title of this piece, and often when I reveal it I see the surprise of the listeners who had not understood that “2359” evokes the minute before midnight. The last minute of the day that won’t be anymore. The one where you have to burn everything, every night, to start again, fresh, the next day. In Ilan’s proposal, this last minute is embodied by Denis Lavant, who runs towards his final plunge. Next to him, at the same time, but in a parallel dimension, runs the child he once was. And this child looks at him, almost watches him, maybe even judges, with tenderness, what his childhood dreams have become ” (Claus).As if to suggest the moment before death where one’s life flashes before their eyes, the film matches the pulsing, rhythmic pacing of the track with a beautiful portrayal of the end.