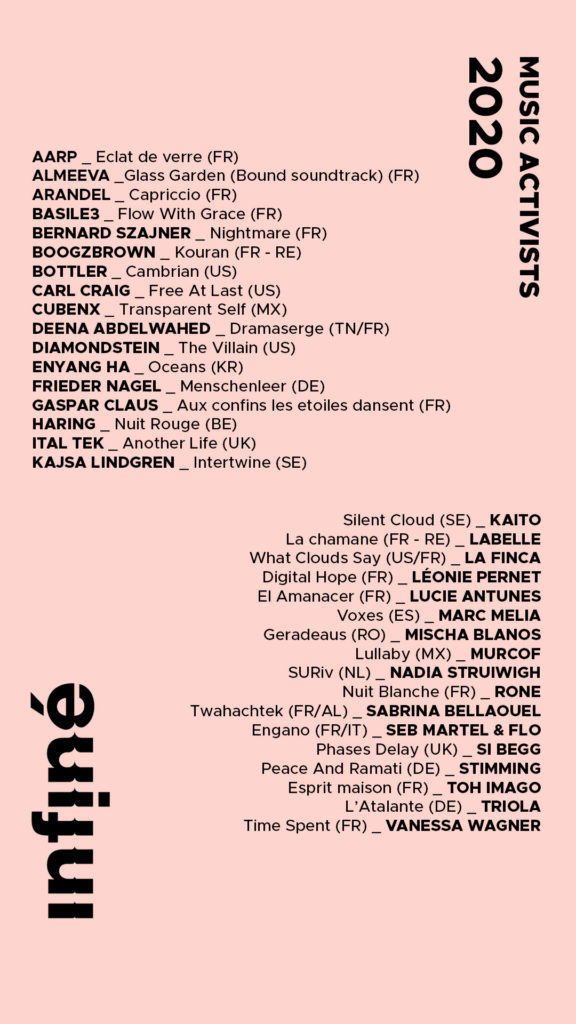 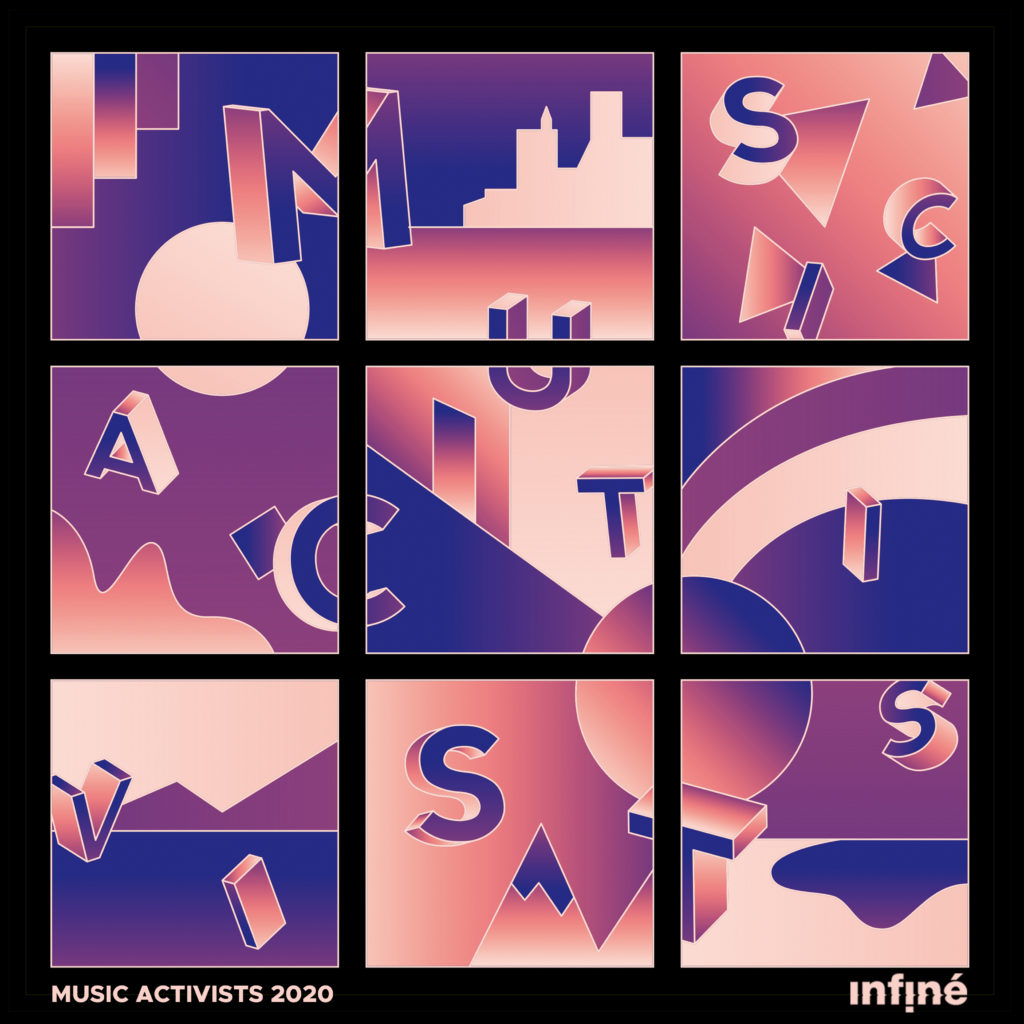 34 tracks, 34 artists from 5 continents, giving more than 2 hours of totally new music. Music Activists 2020 is a compilation released on May 26, 2020 whose entire revenue will go to its contributors : the artists.

To create is to resist

After our astonishment, and in order to overcome the violence of the situation, it was necessary to unite, to feel that we were alive, to emancipate ourselves from the news that shears through our days.

Which underpinned our feeling of urgency to follow up the first compilation ‘Music Activists’ released in 2018 which brought together lullabies for a suffering planet. Today, the planet is still mistreated by our accelerated life, that endangers creation and artists.

The value of creation

We are all actors in this new world, and we must revaluate the scale by which we measure the value of creation, currently ravaged by the imposed digital model. No, we do not believe that music is solely a decorative element that can be fully explored by algorithms, or by-proxy suggestions. It is the fruit of human memory, rich in differences, sometimes a painful learning process, a palimpsest of emotions, anger and love, risk-taking and encounters..

As said by David Byrne «music can help us cross deserts.» Who can say what we would resist without it? For that, we need artists to invent it and passionate teams to help make it blossom. It’s time, now that the tours have been stopped in their tracks, to consider the abnormality that has been developing since the start of the death of the CD format domination: the time to listen, and the number of people listening to music, is rising exponentially everywhere, but the income for its authors and producers is melting as fast as Antarctica.

We regret that we do not have our ‘credits,’ as they do for lms: this is one of the roles of the vinyl cover, to list the names and functions of all the actors involved with the process. Maybe you have ignored that if you have grown up through this digitised music world, but the energy needed to create and distribute a musical works still exists.

All of us together are implicated in innovation, and the emergence and advancement of diversity . Otherwise there can be no varying rhythms, no memories, no discoveries, no new flavours.

Said well by physicist, Aurélien Barrau: ‘rewriting a new mythology and working on symbols is the most important thing because many of our actions are implemented not for what they are but to buy theother’s gaze.’

By helping independent creation you support those who transmit new imaginations needed for the world of the future, you are a link in the chain of change for the living and its diversity.

With all this in mind, you can name your price for the compilation, available for download exclusively on Bandcamp, and subsequently available to stream via all usual platforms.

→ Name your price on Bandcamp