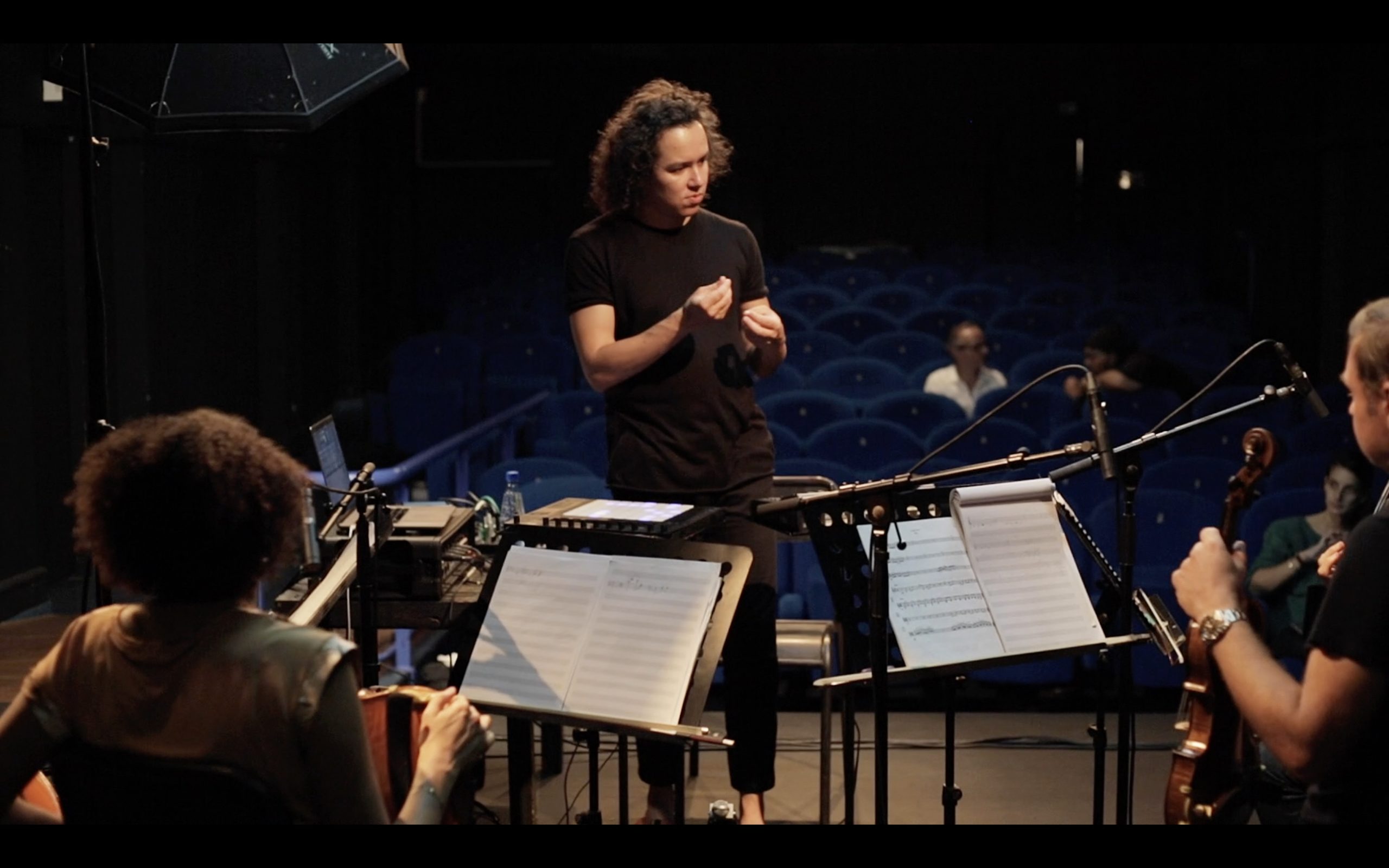 After recording his first orchestral work “Orchestre Univers”, the musician from Reunion Island Labelle returns with his new album “Éclat”. A series of researches around the composition and traditional sounds of his island. → Stream / Order

“Eclat”, the title of Labelle’s fourth studio album, the second part in a series of explorations into
classical music and composition wich started in 2019 with “Orchestre univers“, got its name from a
revelatory moment, a “spark!”. The record is focussed on the string quartet, the unofficial “royal discipline” of composition, and was born when Labelle got witness the orchestra rehearsal: seated right next to the string quartet, he saw the four musicians – the heart of the orchestra -communicate with each other in a wordless language of eye contacts, nods, maybe even telepathy.

Thus, “Eclat” was born: a cosmic exploration into music, a record written for string quartet by Labelle, an young composer that eschews the traditional orchestral rules for experimentation, innovation and “creolization“. “I wrote for them like I was writing for rock band“. Labelle says, “you got your rhythm section, your two lead guitars and one musician is playing the bass.”

Modern contemporary writing is solitary, each instrument has their part. But in classical music, the language between the musicians is the key – the conversation between the lines and musicians creates something organic and breathable. So, Labelle wrote even the electronic parts to serve a double function: musical element on the one hand, but also a way of setting the pace like a conductor on stage on the other, becoming a part of the language between the musicians.

Together, they explore a sound that is unique but traceable: classical orchestration meets Maloya, modern electronics meet organic instruments, Africa meets Europa meets outer space. Labelle looks everywhere for inspiration: “Mes Mondes” was pitched up one quarter tone to match the scale of
Gnaoua music from Marokko, a very rhythmic and hypnotic music closely related to the Maloya of Labelle’s home Reunion. The following piece, “Dann Ron Maloya” is a build up to “RON” the only time on the record all four musicians play the same line, a musical retelling of the trance-like state that Maloya music and dancing can achieve. They rise and rise until they are drowned in distortion, sounding more like a wailing rock guitar solo than a string quartet.

The titular track “Eclat!“ maybe draws the most direct line from the artists previous record “Orchestre univers”, evoking an otherworldly, cosmic sound, like an orchestra suspended in zero gravity. Many of the songs foundations were first recorded at a series of shows before the pandemic
hit in 2020, and then re-recorded, edited and overdubbed over the course of a year in lockdown. On the finished record, thanks to stellar mixing and production, it is impossible to distinguish what was recorded live and what was recorded in the studio: a testament to the astonishing level of detail
poured into this album.

In vein with Labelle’s experimental composition and sound-design, the record was sent to Hector Plimmer for additional mixing, who used techniques more akin to jazz and experimental electronics to gel what we hear on the finished record. Most of the rules found in composing and recording a
string quartet were probably shattered on this record, and something even more beautiful and unique was created out of the shards. This is not classical music anymore, it is something entirely new, and it packs a powerful punch.
Labelle has created a record that is able to unite elements of rock, jazz, electronics, and classical music without ever overpowering the listener – rather drawing them in, slowly introducing them into a world where music can be truly limitless.